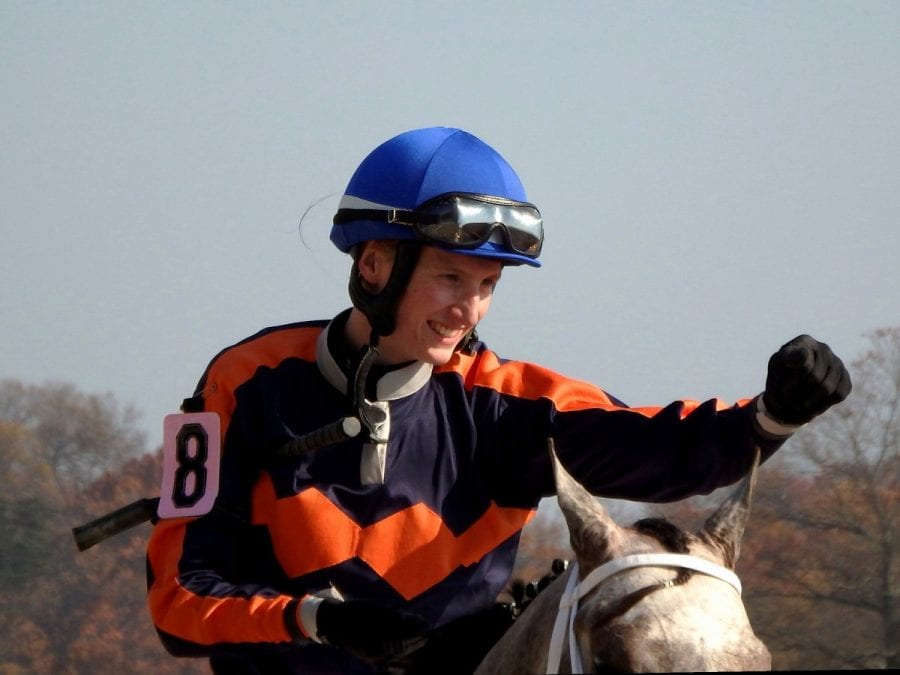 Jockey Trevor McCarthy, Maryland’s leading rider two of the last three years who recently earned his 1,000th career victory, is in the early stages of recovery from successful surgery on his injured left shoulder this week.

McCarthy’s agent, Scott Silver, said the 23-year-old rider, ranked among the winningest jockeys in the country at the time of his injury, will be sidelined a minimum of six months and is projected to return near the end of 2017 or early 2018.

“He had surgery on Monday and everything went really well. He’s probably going to be in a sling for about a month to six weeks, and then he’ll start rehab,” Silver said. “He cannot get on a horse for six months, so we’re probably looking at 6 ½-7 months before he can ride.

McCarthy suffered a broken right pinky finger and dislocated shoulder when he landed awkwardly after being thrown when his mount, Skip the Talk, attempted to jump over a fallen horse in a May 21 turf race at Monmouth Park. The shoulder was put back into place but after consulting with doctors, the decision was made to have surgery.

Dr. Christopher Dodson, a board-certified sports medicine surgeon that specializes in shoulder, knee and elbow injuries, performed the operation at Bryn Mawr Hospital in the western suburbs of Philadelphia.

“It was more than likely that if he didn’t get it surgically fixed that it probably would pop out again and he’d have problems with it down the road. The whole reason for doing it properly was to avoid all that. When he comes back, he’ll be 100 percent,” Silver said. “We didn’t want to take the risk, for his long-term career, not to fix it properly. The surgeon was really happy with it and said everything went great.”

McCarthy has won six individual meet titles in Maryland since he began riding in 2011, including Laurel’s winter-spring meet that ended May 7. His 1,000th career win came aboard Rainbow Heir in the Wolf Hill Stakes May 13 at Monmouth. McCarthy has 106 wins and nearly $3.5 million in purse earnings from 526 mounts this year.