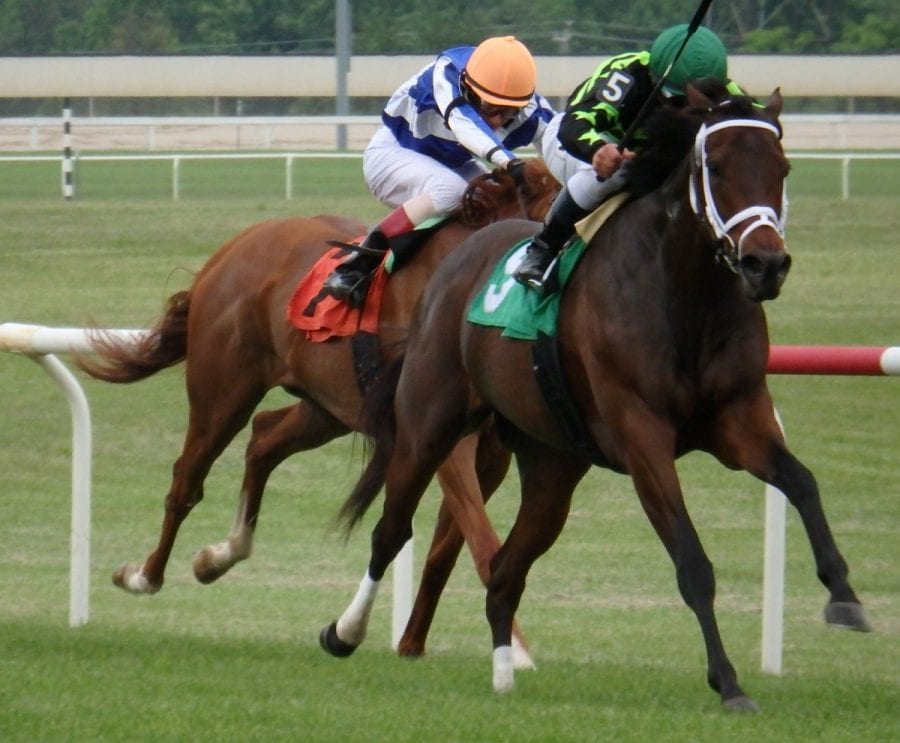 Some of the nation’s top turf trainers are represented in the entry box as the $200,000 Penn Oaks drew a competitive field of eight entrants for its fourth renewal this Saturday evening at Hollywood Casino at Penn National Racecourse. The Penn Oaks is part of the 11 race Penn Mile card that is headlined by the track’s signature event, the $500,000 Penn Mile, which will be contested as a Grade 2 for the first time.

This year’s Kentucky Derby winning trainer Todd Pletcher will saddle Adorable Miss who boasts a perfect record in two starts, which includes a stakes score in the Honey Ryder last out at Gulfstream Park on May 6. Javier Castellano will be astride the daughter of Kitten’s Joy for the second time after piloting Adorable Miss to her maiden victory in her career debut back in January.

Hope Jones’ Party Boat will break from post 4 with Fergeal Lynch in the irons for the first time. The daughter of Into Mischief has been versatile, closing out a 2016 campaign with a stakes win in the Wait A While at Gulfstream Park in the slop and adding the Memories of Silver on the Aqueduct lawn in her last outing. With career earnings of $183,825 the Graham Motion trainee is the richest filly in the field and will ship in from her Fair Hill home base.

Noble Ready, trained by Christophe Clement for Cheyenne Stables, LLC settled for second in the Honey Ryder in her last outing behind Adorable Miss in her three-year-old debut. While she only has a maiden score to her credit, Noble Ready has not been off the board in 5 career starts and looks to improve in her second start off the layoff. That lone win was on the lead and breaking from the rail could encourage Irad Ortiz to get her forwardly placed early.

Trainer Derek Ryan will be represented by a pair in the Oaks as he sends out Romantic Music, who is unplaced in three stakes attempts, and Viva Vegas coming in off a front running maiden score in her turf debut at Tampa Bay Downs back in March.

Others in the Penn Oaks field include Dynatail, a close up third in the Hilltop Stakes at Pimlico in her last start, 2016 Arlington-Washington Lassie victor Diadura and Spanish Harlem who comes into the Penn Oaks off a near 30 length win in an allowance race at Aqueduct on May 5.

The Penn Oaks kicks off the all-stakes Pick 4 on the Penn Mile card and is slated to go off at 6:10 P.M. EST.

For horse-by-horse analysis and handicapping of the Penn Oaks, please click here.