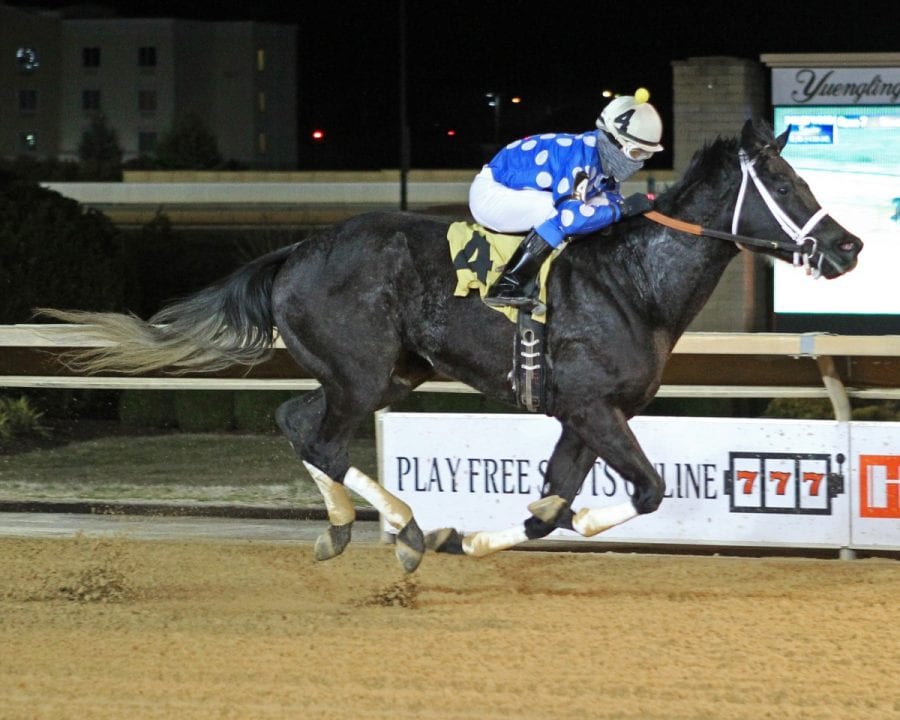 Fancy Buckles, for whom Saturday’s $50,000 stake at Charles Town was named, won four stakes on her home track for trainer Tim Grams back in 2003-2004.

Now Moonlit Song — another Grams trainee — is halfway to four herself after romping to a win in the Fancy Buckles.

Moonlit Song, a three-year-old Fiber Sonde filly squaring off against her elders, was quickest of all away from the gate — quicker even than the ultra-speedy Cuttin Edge Tech — and held a narrow lead after a quarter-mile in a sharp 21.78 seconds. Cuttin Edge Tech was in second at that point, a couple of lengths ahead of Nay’s Back in third.

Moonlit Song and jockey Christian Hiraldo, between horses early, were able to angle to the rail and clear to a two-length lead after a half-mile, and from there it was all but over. Moonlit Song won by two lengths in 51.44 seconds four 4 1/2 furlongs, with Nay’s back finishing second and Jacky’s Notion earning third.

Moonlit Song, a Grams family homebred out of the Parker’s Storm Cat mare Malibu Kitten, has now won four consecutive races. Overall, she has five wins from seven career starts, and the winner’s share of the Fancy Buckles pushed her earnings to $109,110.