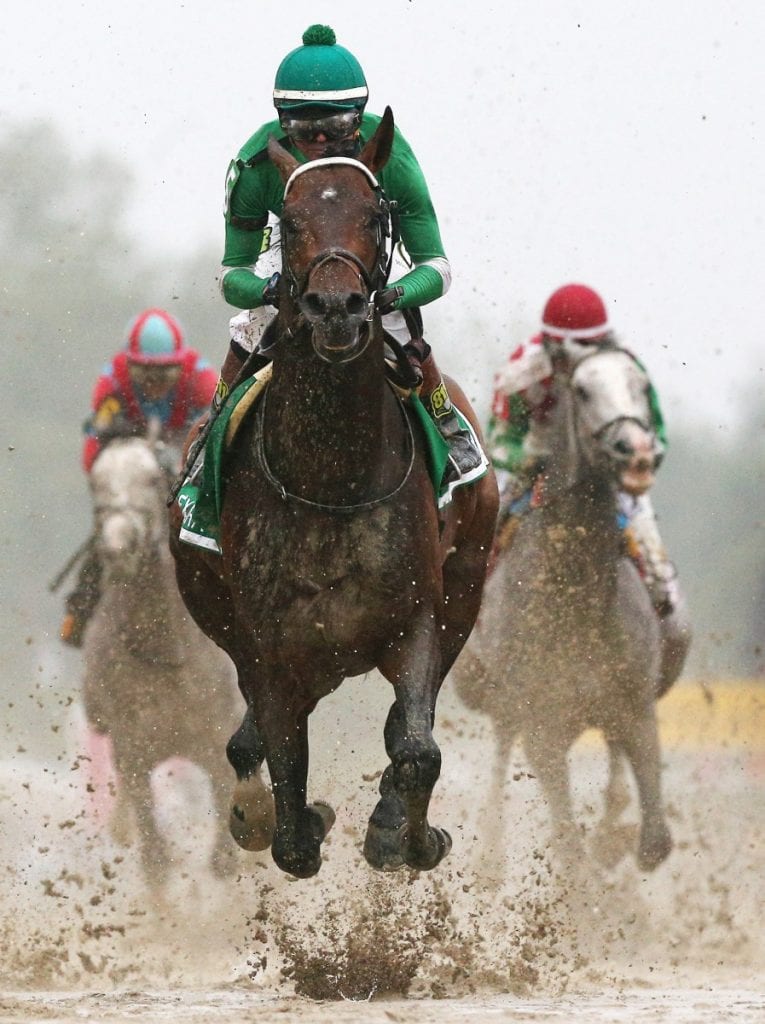 Frutkoff Award-winning photograph for 2016 of Exaggerator, by Rob Carr.

Rob Carr of Getty Images has been named the recipient of the Jerry Frutkoff Memorial Award sponsored by Nikon, to be presented Thursday, May 18 at the historic Alibi Breakfast at Pimlico Race Course on Preakness Week.

“Rob Carr is a great photographer,” he added.

Carr said the winning image was taken with a 300mm lens mounted on a camera under the inside rail in the dirt that was remotely fired about 150 feet past the finish line just as Exaggerator and jockey Kent Desormeaux were crossing the finish line.

A Baltimore-based staff photographer with Getty Images, Carr has been covering horse racing for over 30 years. He previously won the award in 2009. A 1988 graduate of Eastern Kentucky University with a degree in Journalism, Carr grew up in the Thoroughbred industry, as his father worked at several farms in the region. Although he covers a wide range of sports working for Getty, horse racing is by far his favorite sport to photograph.

The Alibi Breakfast, which began in the 1930s on the porch of the historical Pimlico Clubhouse, features a gathering of media, owners, trainers, jockeys, horsemen and fans to celebrate the Preakness, and solicit interesting race predictions.