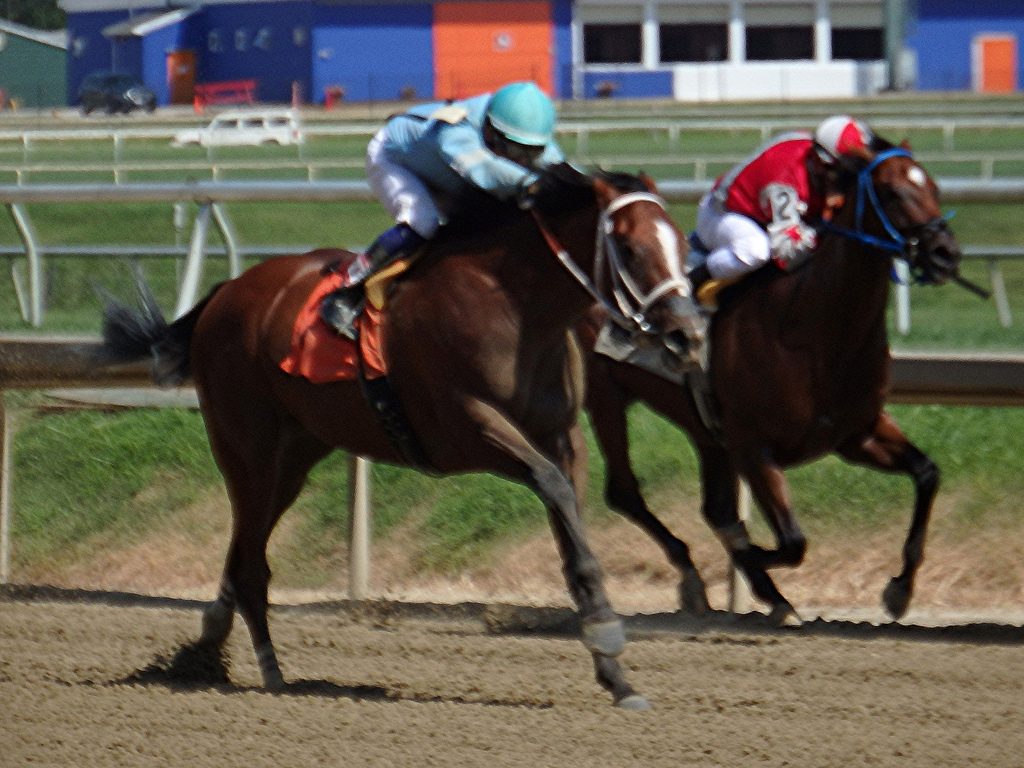 Marathon Farms’ multiple stakes winner O Dionysus, worse than third only once in eight career starts, will get a chance to see how far he can stretch his talent when he makes his two-turn debut in Saturday’s $100,000 Private Terms at Laurel Park.

The 28th running of the Private Terms for 3-year-olds and the 29th running of the $100,000 Caesar’s Wish for 3-year-old fillies, both at about 1 1/16 miles, are among five stakes worth $425,000 in purses on an 11-race Maryland Jockey Club Celebration Day program that also includes the inaugural Fantasy Owners Day.

Trainer Gary Capuano has patiently kept O Dionysus on the Mid-Atlantic circuit, primarily at Laurel, to await his first two-turn test. He shipped the horse — who early in his career garnered a reputation as a talented head case — out of town once to win the 6 ½-furlong Christopher Elser Memorial in November at Parx but has otherwise made all his starts on his home track, including an impressive three-length victory in the one-mile Miracle Wood Feb. 18.

In his two prior starts, he was second by a half-length to High Roller in the Frank Whiteley Jr. Jan. 21 and lost to subsequent Holy Bull (G2) winner Irish War Cry by a nose in the Marylander, both at seven furlongs, to cap his juvenile campaign. Though he has managed to avoid Laurel-based two-time Grade 3 winner El Areeb, he has continued to keep solid company such as multiple stakes winner Greatbullsoffire and graded stakes-placed Bonus Points and No Dozing.

“It’s all about trying to see how far he’ll go. We finally get a two-turn race to see how he actually likes it. I think he will; I don’t think he’ll mind it but you’ve still got to run it,” Capuano said. “We’ve been waiting a while to get to that without shipping him out of town.

“He’s one that I just feel needs a lot of racing. He’s run [eight] times now and he hasn’t missed a beat,” he added. “He was a bit of a handful early but he’s really started to settle down and be more professional. As far as tackling horses like El Areeb and those horses traveling, I figured I’d just let them do their thing and just stick local for a while. If he’s good enough he’ll meet them at some point.”

O Dionysus, a bay son of 2012 Arkansas Derby (G1) winner and Preakness (G1) runner-up Bodemeister, was able to track the leaders in the Miracle Wood through a half-mile in 49.30 seconds before moving into contention after six furlongs and pulling clear late. Jevian Toledo, aboard for all but one of his starts, gets the return call at topweight of 122 pounds from Post 7.

“He obviously ran a very good race,” Capuano said. “Toledo was able to get him to settle a little bit. He had a good trip and didn’t get in a ton of trouble, and he finished up well. They weren’t going that fast early but that mile is tough on a lot of them. He went the last eighth strong and galloped out good, so I was really happy with that.

“The race before that he got in a ton of trouble and he looked like the best horse, but it just didn’t work out,” he added. “The race with Irish War Cry was a tough beat, but he seems to bounce back off them and he’s moving forward and doing the right things so we’ll see where he goes.”

High Roller, trained by Capuano’s older brother, Dale, will try O Dionysus for a third straight time. Following his mild upset in the Whiteley the bay High Cotton colt raced near the front before taking a short lead along the inside with two furlongs to run until fading to fourth, beaten 3 ¾ lengths in the Miracle Wood. Winter meet-leading rider Trevor McCarthy rides from Post 2.

It marked the first time High Roller has been worse than third, beaten as the favorite when second in a 5 ½-furlong entry-level optional claiming allowance Dec. 26 after running third to El Areeb in the James F. Lewis III Nov. 19.

Harry and Tom Meyerhoff’s Dharmaster enters the Private Terms off a maiden special weight triumph at the distance Feb. 17 at Laurel. It was the fourth start for the Mike Trombetta-trained colt, also by Bodemeister, who didn’t debut until late November.

“He’s been a horse that we’ve been trying to run long. We had to give him a couple sprint races to get him educated,” Trombetta said. “The first time we ran him long he was good enough to win. I don’t know if he’s up to this task but I figured we’d enter and see what it looks like.

“He’ll do whatever he needs to do. He came out of it good and he’s trained well,” he added. “I think he could be a nice horse. I still want to hopefully try grass and everything else along the way but, right now, this is the next logical step.”

Cobra Farm, Inc. and R R Partners’ Twisted Tom ships in from New York for his stakes debut after opening his 3-year-old season with a half-length victory in a one-mile entry-level optional claiming allowance over Aqueduct’s inner track Jan. 28. He raced three times at 2, coming from way back to break his maiden by a neck over the Belmont Park turf last fall.

Owned and trained by Pimlico-based George Andreadakis, Greek Prince takes a two-race win streak into the Private Terms. The Tapizar gelding broke his maiden going seven furlongs Feb. 4 and came back with a front-running neck triumph at 13-1 his first time facing winners March 4, both at Laurel.

Rounding out the field are Hashtag Alex, five-length winner of a one-mile optional claiming allowance Feb. 28 at Parx, and No More Talk, most recently third in the Miracle Wood in his stakes debut.