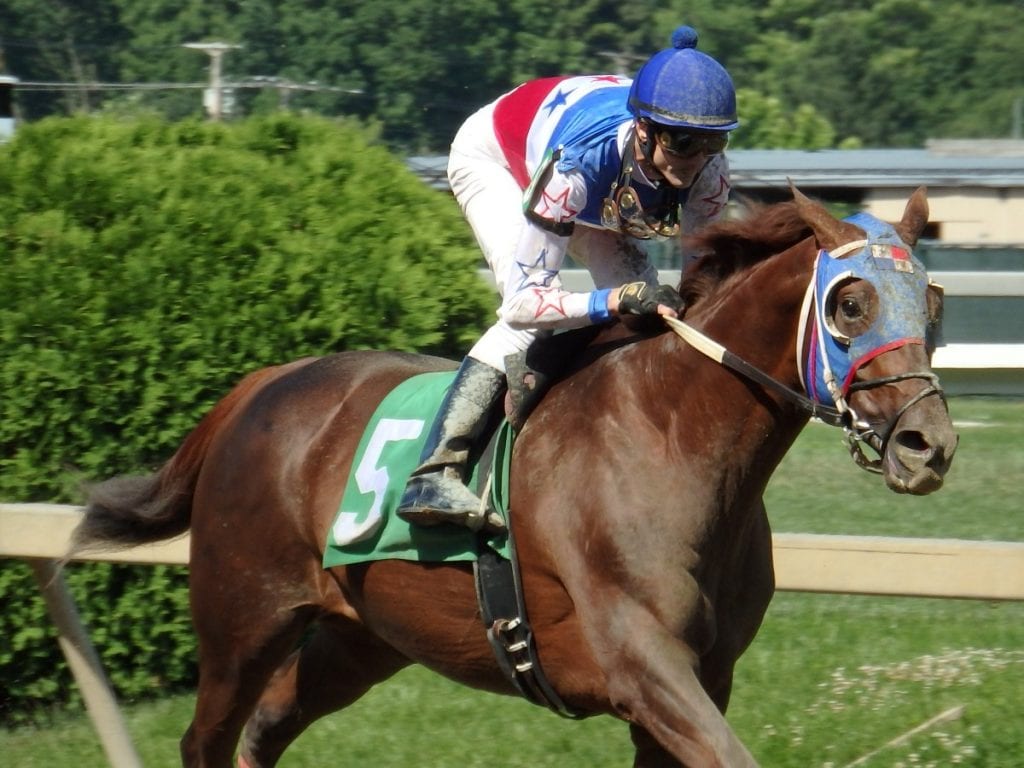 Over a 28-race career that dates back to the summer of 2014, Bodhisattva has often been a horse that left owner and trainer Jose Corrales scratching his head. The son of Student Council has been a front-runner and the deepest of closers, and he’s used both styles t0 win impressively — and to lose dismally.

Two races into his 5-year-old season, Bodhisattva appears to be on the upswing again for Corrales heading into his latest engagement, Saturday’s $75,000 Harrison E. Johnson at Laurel Park. He is 6-1 on the morning line.

The 32nd running of the Harrison Johnson for 3-year-olds and up at 1 1/8 miles and the $75,000 Not For Love and $75,000 Conniver for Maryland-bred/sired sprinters 4 and older are among five stakes worth $425,000 in purses on an 11-race Maryland Jockey Club Celebration Day program.

Also scheduled are the $100,000 Private Terms for 3-year-olds and the $100,000 Caesar’s Wish for 3-year-old fillies, both at about 1 1/16 miles. Laurel is also hosting its inaugural Fantasy Owners Day designed as an introduction to prospective Thoroughbred owners.

Bodhisattva snapped a seven-race losing streak in his last start, the John B. Campbell Feb. 18 at Laurel, where he trailed by 16 lengths after a half-mile before unleashing a powerful run on the far outside to pass claimer-turned-millionaire Page McKenney and win going away by 3 ¾ lengths at odds of 22-1.

He nearly pulled off a similar upset in his seasonal debut, the Jan. 21 Native Dancer, running last by the same margin after four furlongs. Though unable to catch a keen Page McKenney, making his first start in nine months, Bodhisattva put his nose down on the wire to get second, 1 ¾ lengths back.

[su_box title=”WHO WAS HARRISON JOHNSON?” style=”glass” box_color=”#66ADCC”]From 1969 to his untimely death in 1985, Harrison Johnson was a highly respected trainer based in Maryland and one of the few African-Americans plying that trade. He scored perhaps his biggest win in the 1973 Hopeful at Saratoga, when Gusty O’Shay got the money. For more on the Johnson family, click here.[/su_box]

While the Native Dancer was run at about 1 1/16 miles, the Harrison E. Johnson is contested at the same distance as the Campbell, a factor Corrales feels could be in Bodhisattva’s favor.

“It’s going to be the same distance and the same kind of horses that he’s been running with,” he said. “I just hope that he comes out of that race good and we can look forward for something bigger with him. I think if he runs his style, he can run with any horses.”

Carlos Quinones returns to ride Bodhisattva from Post 4 at topweight of 120 pounds, giving two pounds to each of his eight rivals. Quinones has been aboard in each of the past two starts and followed Corrales’ directions to the letter.

“I think the horse was intimidated before. If he is in front he runs good and if he comeos from behind he runs good, if he’s last. But if he’s in between, he just stops,” Corrales said. “He gets scared. I don’t know, maybe he has claustrophobia.

“The way I like him right now is to just sit back and run from the back. As long as nobody bothers him he will come running,” he added. “He really has a very, very strong finish. Horses can come from behind a long ways, even a sixteenth of a mile, and still be running at the end and catching horses.”

Corrales has always had a soft spot for Bodhisattva, whose milestone wins have come in Maryland. He broke his maiden at Laurel in the fall of 2014 and returned the following spring to win the Federico Tesio – his first stakes victory – before finishing eighth behind eventual Triple Crown champion American Pharoah in the Preakness (G1).

“I always say, ‘How many horses ran with American Pharoah when he won the Triple Crown?’” Corrales said. “I’m just happy with the horse, and every time I look at the horse it gives me a good feeling to be in this business.”

Live Oak Plantation’s multiple stakes-placed gelding Souper Lucky will race for only the second time in 12 months after running fourth in the Campbell in his first start since last March. He was third to Page McKenney in the 2015 Harrison Johnson, the first of three straight stakes show finishes including the Westchester (G3).

Six of Souper Lucky’s seven career wins have come in 12 starts at Laurel, with one second and two thirds. He was second in the 2016 Campbell and an open allowance at Parx in successive starts before going to the sidelines.

“He’s good. His first race was off the layoff. He had been off for quite a while, so I would hope that he’d move forward for having one,” trainer Mike Trombetta said. “He just had some small minor issues that needed time.

“He needed the last one. He got tired. It was huge to ask him to run that far off a layoff, but he was able to get it under him,” he added. “He seems to like Laurel, and he’s one of those genuine horses that seems to give it a good try every time.”

BB Horses’ Afleet Willy put together three consecutive wins in allowance company at Laurel in December and January before stepping up in the General George (G3) Feb. 18, contesting the pace through a sizzling half-mile of 45.28 seconds until fading late to finish sixth. He is another horse fond of Laurel, with five wins, three seconds and a third from 10 tries.

“Laurel is home,” trainer Claudio Gonzalez said. “This is supposed to be a little easier spot. He came back really good from the last one and he’s doing good. Everything is OK going up to now.”

New York-based Matt King Coal made his Laurel debut last time out with a 4 ¼-length romp in a third-level optional claiming allowance going one mile Feb. 18. It was just his second start since finishing fourth after setting the pace in the then-Grade 1 Wood Memorial last April. At 7-5 on the morning line, the Linda Race trainee is favored and will have Horacio Karamanos in the irons.

Also entered are Discreet Lover, second in the Richard Small at Laurel Nov. 19; I Came to Party, a second-level allowance winner at Parx March 3; Jeezum Jim, fourth in the Native Dancer two starts back and co-entered in the $75,000 Not For Love; Kaitain, third in the Jennings Dec. 31 at Laurel; and multiple stakes-placed Grasshoppin, most recently eighth in the General George.