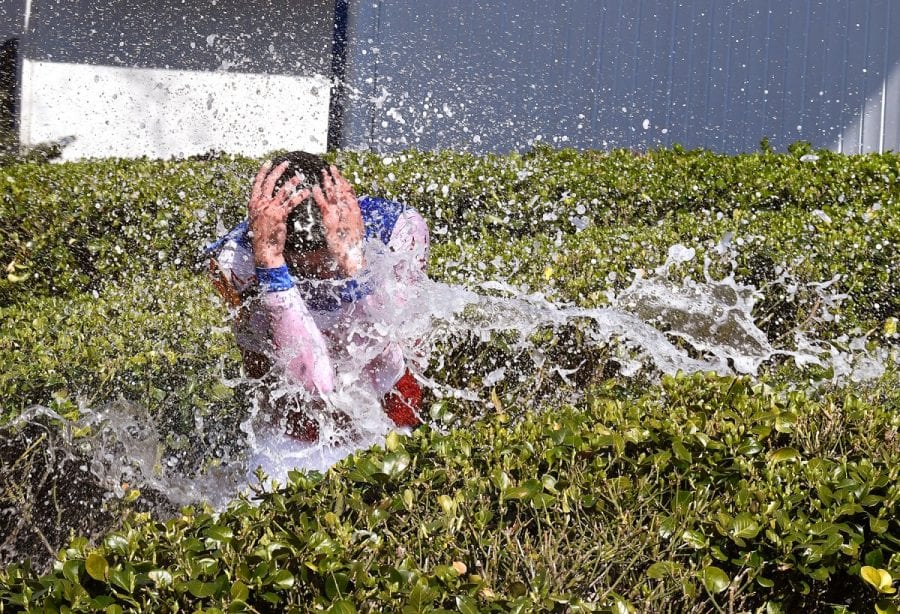 Eighteen-year-old Carlos Carrasco couldn’t stop smiling, and why not?

His record as a jockey will never be better than it is right now: one start, one win, one hundred percent strike rate. 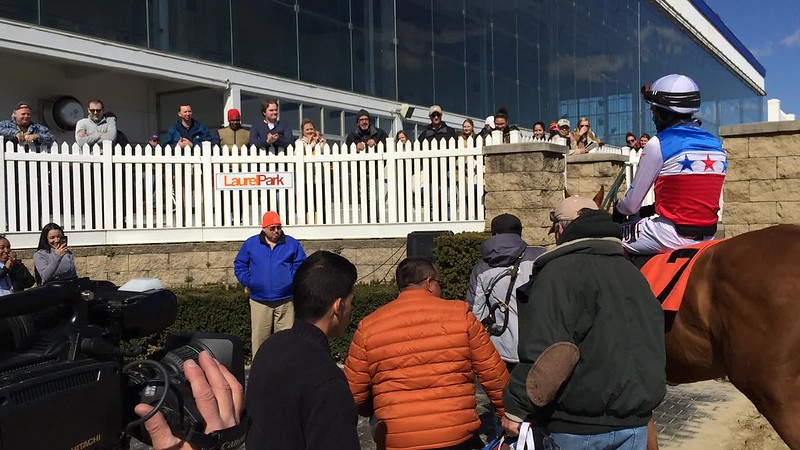 Video of Carlos Carrasco’s return to the winner’s circle after winning the third race.

Aboard longshot Wilko’s Last Dance in the third at Laurel Park, Carrasco broke sharply to the lead and never looked back. The duo posted a four-length victory in the $10,000 maiden claiming race, stopping the timer in 1:12.53 for six furlongs.

“Thank God for the victory and thank you for the owner and the trainer for giving me the opportunity,” Carrasco said after the race. “I feel great.”

In fact, he liked it so much, he did it again in the very next race, this time steering odds-on favorite Speightshill to an easy, front-running score in another maiden claimer.

“I felt nervous in the jockeys’ room,” he said after winning with his first mount.

But he had a good advisor: his brother is 24-year-old Victor Carrasco, who won the Eclipse Award for the nation’s top apprentice in 2013.

“He said, ‘Relax,” Carlos Carrasco said of his brother.

Trainer Jose Corrales was all smiles after Wilko’s Last Dance’s win, too, sharing the moment with his young son Pachi.

“I’ve been watching this kid for a long time,” Corrales said of Carlos Carrasco. “Wondering, waiting for him to start riding, and as soon as he told me, that was the opportunity to get him right away and use the 10 pounds [weight allowance].”

Corrales said he’s been riding the youngster in the mornings occasionally and was happy to seize this chance.

“He’s going to be a very good rider,” the veteran conditioner said.