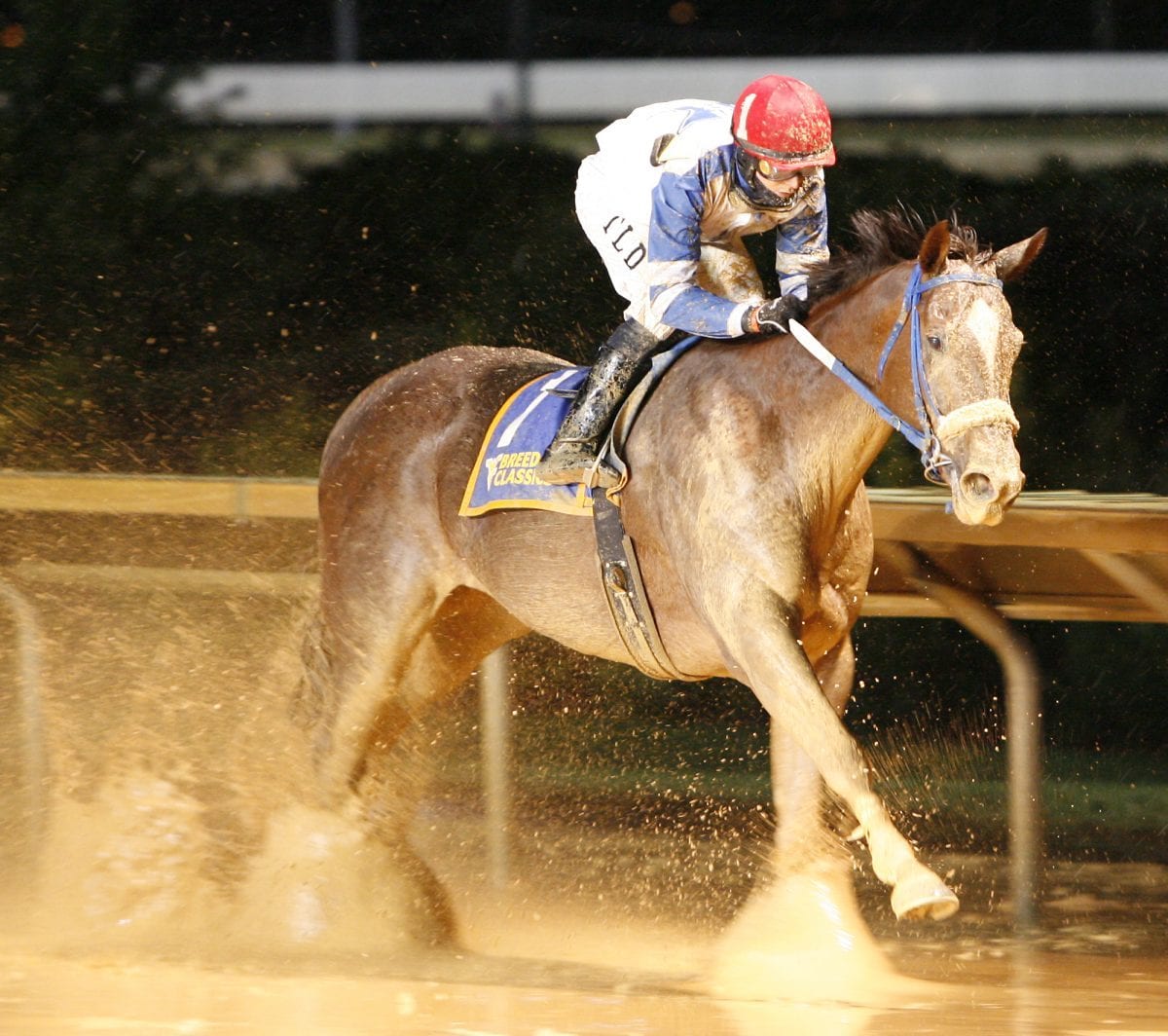 Charles Town had one of its biggest days of the year on Saturday, with the Grade 3 Charles Town Oaks topping a card full of stakes, five of which provided entry into similar West Virginia Breeders Classics races.  Here are five things we learned this weekend.

Ten-year-old fan favorite Russell Road was retired this past weekend, owner Mark Russell and trainer James W. Casey deciding against one more try in the West Virginia Breeders Classic.  The Wheaton gelding won half of his 62 starts and finished in the money an additional 19 times en route to over $2 million in career earnings. Amazingly: he finished in the money in at least half of his starts in each of his nine racing seasons, and he earned over $200,000 in six of them.  He retires as one of just two West Virginia-breds to have earned $2 million — Grade 1 winner Soul of the Matter being the other — and one of two three-time winners of the West Virginia Breeders Classic.

2. The troubles of Trouble Kid are… you know… troubling.

A year ago, Trouble Kid was a remarkable — and remarkably baffling — story.  The Harlan’s Holiday gelding, trained by Ramon Preciado, had to drop down to $25,000 maiden claiming to break his maiden. Then, in succession, he won a starter allowance, the Grade 3 Gallant Bob Stakes, the Valley Forge Stakes, and finally, the $350,000 Frank J. De Francis Memorial Dash (from which he was disqualifed for bumping in the stretch).  That marked three straight stakes races in which he’d crossed the wire first. Since? Nothing like that. In three stakes tries this year, most recently in Saturday’s Hall of Fame Stakes at Parx Racing, Trouble Kid has been fifth, sixth, and fifth.  Saturday, he finished fifth (and last) while beaten by 23 lengths.

3. There’s money to be made (and lost) at Laurel Park.

On two of three weekend days at Laurel, no one was able to sniff out the late Pick 5, leading to carryovers. It was hit on Saturday, when a single bettor enjoyed a $30,000 payoff after picking 18.90-1 Y’er Wan in the final race.  Heading into the coming weekend, there is a late pick 5 carryover of more than $5,600.

4. Sometimes, the light bulb goes on later than you think.

“She’s a great horse,” added Lawrence.  “She always does the right thing.”

“We never have (bred),” said Suzanne.  “But we’ve never had a horse like this before.”

It’s safe to say that the millionaire, 10-time winner has a special affinity for the Charles Town bullring.

“That’s his athleticism,” said Amoss Saturday night.  “The way he wins his races is on the turns.”

Amoss added, in understatement, “Charles Town has been good to Rise Up and to me.”