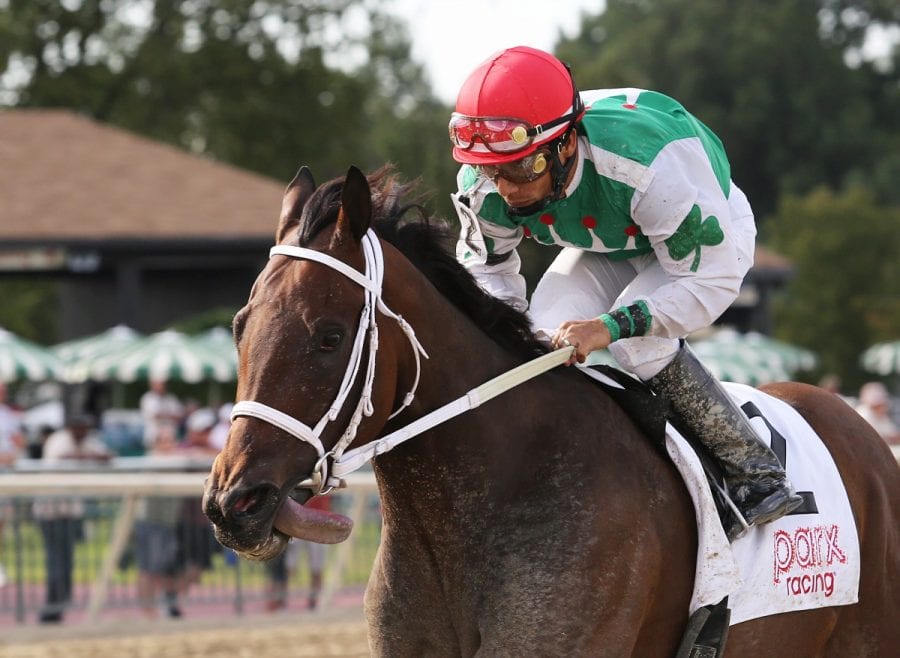 The 16th edition of Pennsylvania’s Day at the Races featured not only five stakes for state-breds with purses totaling $500,000, but local fans also had a chance to see local star Cathryn Sophia in a prep race before facing the undefeated filly Songbird in the September 24th running of the $1 million, Grade 1 Cotillion Stakes.

The three-year-old Street Boss filly did not disappoint.

Cathryn Sophia was simply too classy for her five rivals in the $150,000 Princess of Sylmar Stakes, cruising to a 6 1/2 length score that could have been even greater and stamping herself ready to go for the Cotillion.

Cathryn Sophia, bred in Maryland by Robert Manfuso, opened her career with facile scores at Parx Racing and Laurel Park and then burst into prominence early this year with a pair of Grade 2 wins at Gulfstream before winning the prestigious Grade 1 Kentucky Oaks at Churchill Downs on May 6th. She hadn’t raced locally since making the first start of her career at Parx last October, long before she turned into a star in the three year-old filly division.

Saturday in the Princess of Sylmar, jockey Paco Lopez, riding Cathryn Sophia for the first time, was quite content to sit patiently early on in the one mile main-track race, sitting fourth turning into the backstretch. A steady advance heading to the half-mile pole put her within two lengths of the lead.

From there, she did everything on her own. Under nothing more than a hand ride, she cruised alongside the leader moving to the quarter pole and without the slightest urging, took the lead and began to pull away from the over-matched field.

It proved a perfect prep for the 3 year-old Street Boss filly, an easy gallop at a mile without a hint of stress. She hit the line six and half lengths in front, a margin that could have been much greater had Lopez hit the gas. Owned by Cash is King and trained by John Servis, she was 1-9 at the windows and returned all of $2.20 to win. The final time over a track labeled fast was an effortless 1:37.69