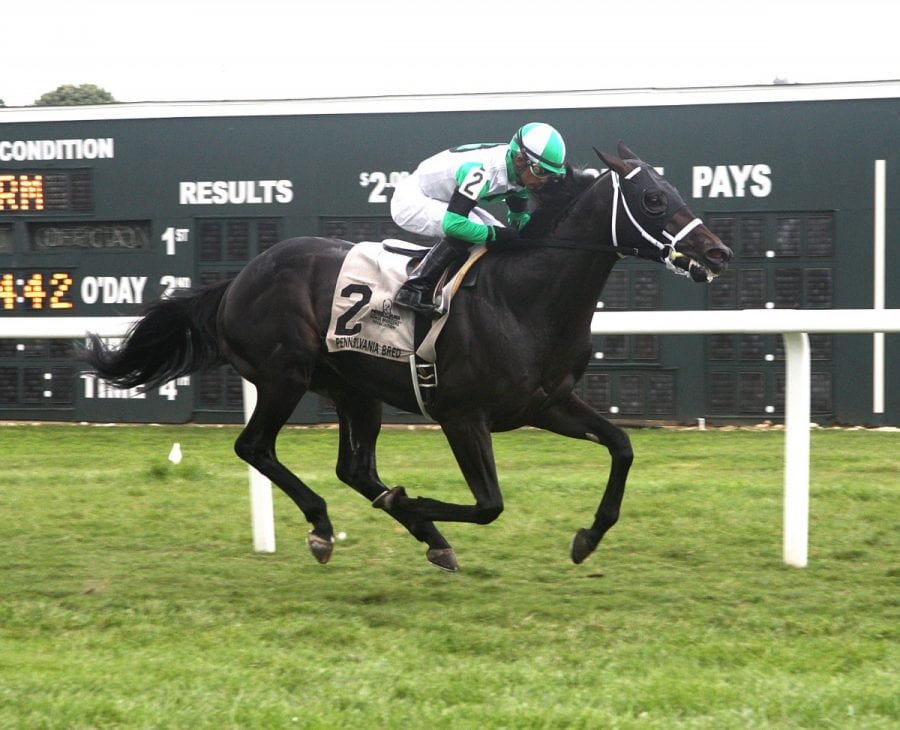 A pair of runners who hadn’t experienced much success in their first few races came through with scores in maiden special weight company yesterday at Parx Racing.

In the fifth race, Won Dozen Banks, a gelded son of Bank Heist, registered a front-running victory in a one-mile test.  Won Dozen Banks, owned by Peter Kazamias and bred in Pennsylvania by his Kaz Hill Farm, covered the flat mile in 1:38.90 under jockey John Bisono.

Won Dozen Banks had two second-place finishes in five prior starts.  He now has earnings of $76,300.  The Enrique Arroyo trainee paid $6.40 to win.  Favored Viva La Kid finished second, beaten by three parts of a length.

In the next race, Believe in Luck, a sophomore Afleet Alex colt, scored by a length-and-a-half in 1:11.59 for six furlongs.  He had had a single second place finish from five prior starts.

Believe in Luck, trained by John Servis for Cash Is King LLC, rallied from fifth under jockey Paco Lopez and “drew off with speed to spare,” according to the official chart.  He paid $10.40 to win.  Favored Gorgeous Charli finished fifth.