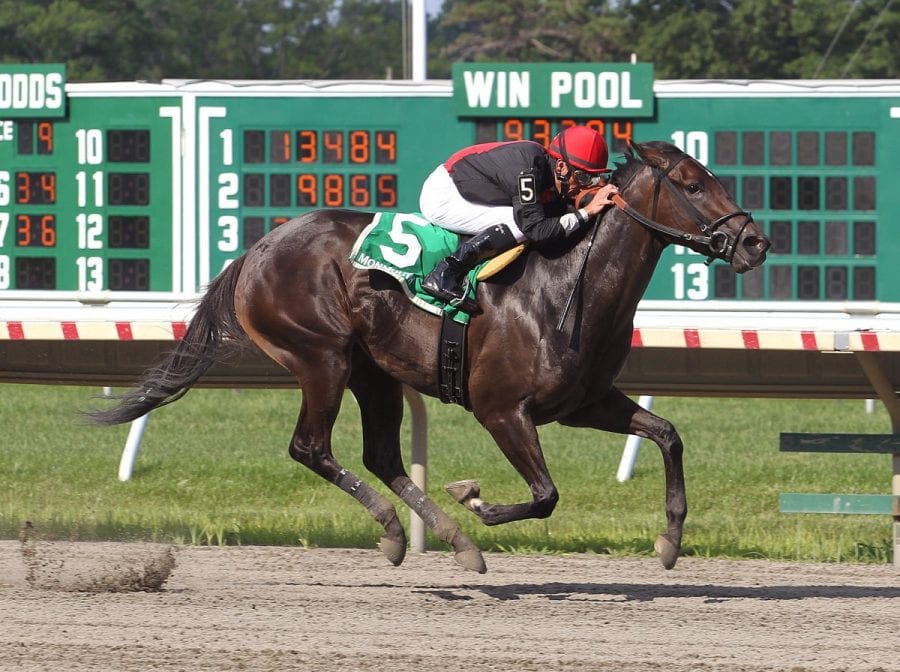 Black Swan Stable’s Appealing Maggie dueled early with Brandy’s Girl before putting away that foe and all the rest to score an impressive 3 ¾-length win in the $75,000 Miss Woodford Stakes at Monmouth Park on Sunday.

“She broke well,” said winning jockey Chris DeCarlo. “I was able to get in a good early position. She is just naturally fast when I watched the replays. I just let her do the running and I was a passenger. I knew we were going really quick, but she never really came off the bridle, so I was pretty comfortable once we hit the eighth pole.”

A daughter of Successful Appeal from the Tale of the Cat mare Belgian Chocolate, Appealing Maggie has now won three of her five lifetime starts with earnings just north of $150,000.