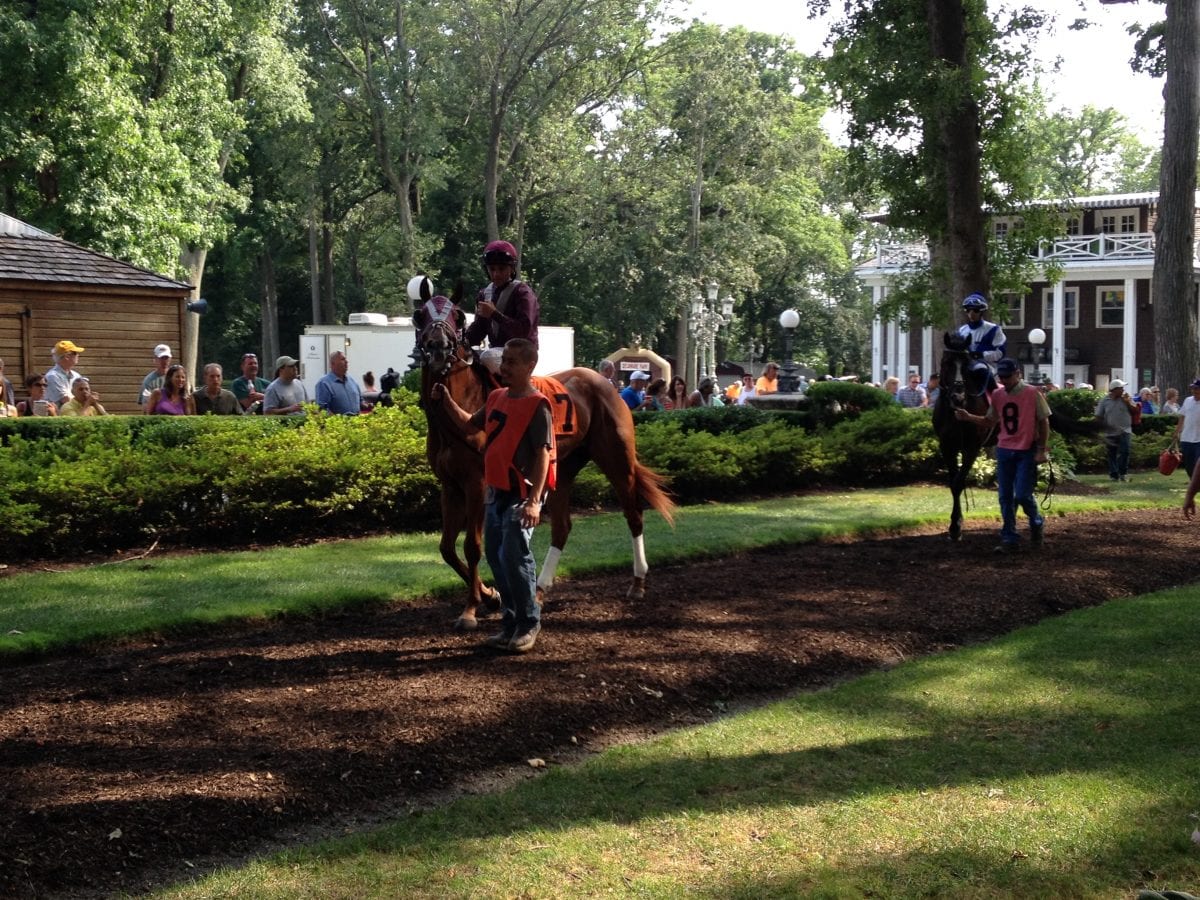 WinStar Farm’s rapidly developing Dark Nile will get her next test in the $300,000 Grade III Delaware Oaks this Saturday. The mile and a sixteenth affair has attracted a field of nine.

In a little less than six months, Dark Nile has notched her maiden victory, followed with a win against allowance company and recorded her first stakes score. After finishing third on debut, the daughter of Pioneerof the Nile trained by Arnaud Delacour followed by breaking her maiden going a mile and forty yards at Tampa Bay Downs on February 14. On May 12, she posted a 4 ¾-length score in a mile and seventy-yard allowance at Penn National. In her most recent start, she won the mile and seventy yard $50,000 at Our Mims Stakes at Delaware Park on June 8.

“This is the race we have been shooting for and it is the next logical spot,” said trainer Arnaud Delacour. “She is doing very well. I really like that she has had a successful race over the track and we are excited about giving her a chance in a Graded race.”

The likely favorite will be Cheyenne Stables’ Kinsley Kisses. The daughter of Congrats trained by Todd Pletcher finished third in the mile and eighth Grade II Black-Eyed Susan Stakes at Pimlico on May 20. Previously, the Kentucky-bred filly finished third in the seven-furlong Grade III Beaumont Stakes at Keeneland on April 17. She has a career record of two wins and two thirds from four starts with earnings of $76,000.

Another formidable foe is Gryphon Investments’ Eighth Wonder. The daughter of Pioneerof the Nile is unbeaten in five starts. In her only effort around two turns, the Kentucky-bred filly trained by Dee Curry finished second, but was placed first via disqualification in the mile and seventy yard $100,000 Parx Oaks on May 7. In her most recent outing on June 4, she won the six and a half furlong $100,000 Jostle Stakes at Parx by 5-lengths.

“I ran her three times as a 2-year-old and she was very immature,” said her trainer Dee Curry. “She was very high strung and a little hard in the paddock, so I opted to turn her out a few months in the winter. Between the delay in the opening of the track and the quarantine at Parx, the only race I could run her in was the Parx Oaks, so that is why she made her first start of year going two turns. We came back in sprinting in the Jostle because the quarantine had just been lifted at Parx. So now we think we have a two turn horse, but we feel she still needs to prove it. She has filled out and she has grown to point where we feel good about taking this step. She ran a phenomenal race going two turns in her first start of season and she followed with a nice win sprinting. She has overcome a lot to get to this point, so we are hoping she just keeps moving forward.”