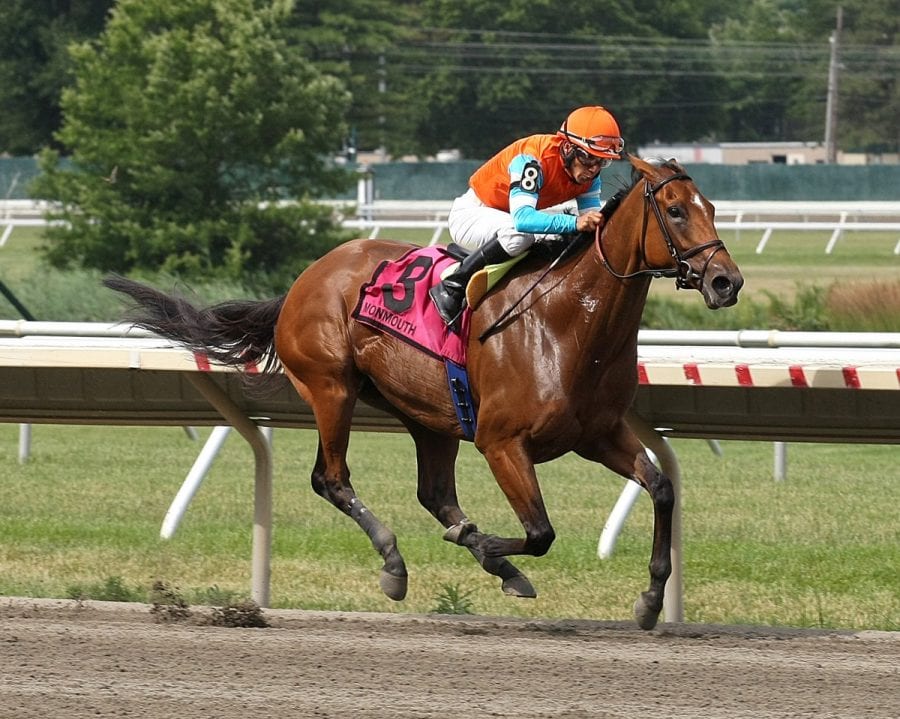 Don Alberto Stable’s Angela Renee sat off the early speed of Genre before moving by the pacesetter and opening up to an impressive two-length score in the $100,000 Lady’s Secret Stakes at Monmouth Park on the 4th of July holiday card.

“She was a little eager to go early on, but settled nicely going up the backstretch,” said winning jockey Paco Lopez. “I was confident on her the whole way. I asked her to go just before we turned for home and she responded and finished up real strong.”

A 4-year-old by Bernardini from the Deputy Minister mare Pilfer, Angela Renee sports a record of 4-2-2 from 14 career starts, good for earnings of $578,250. A Grade 1 winner in her own right, she is also a full sister to multiple Grade 1 winner To Honor and Serve.