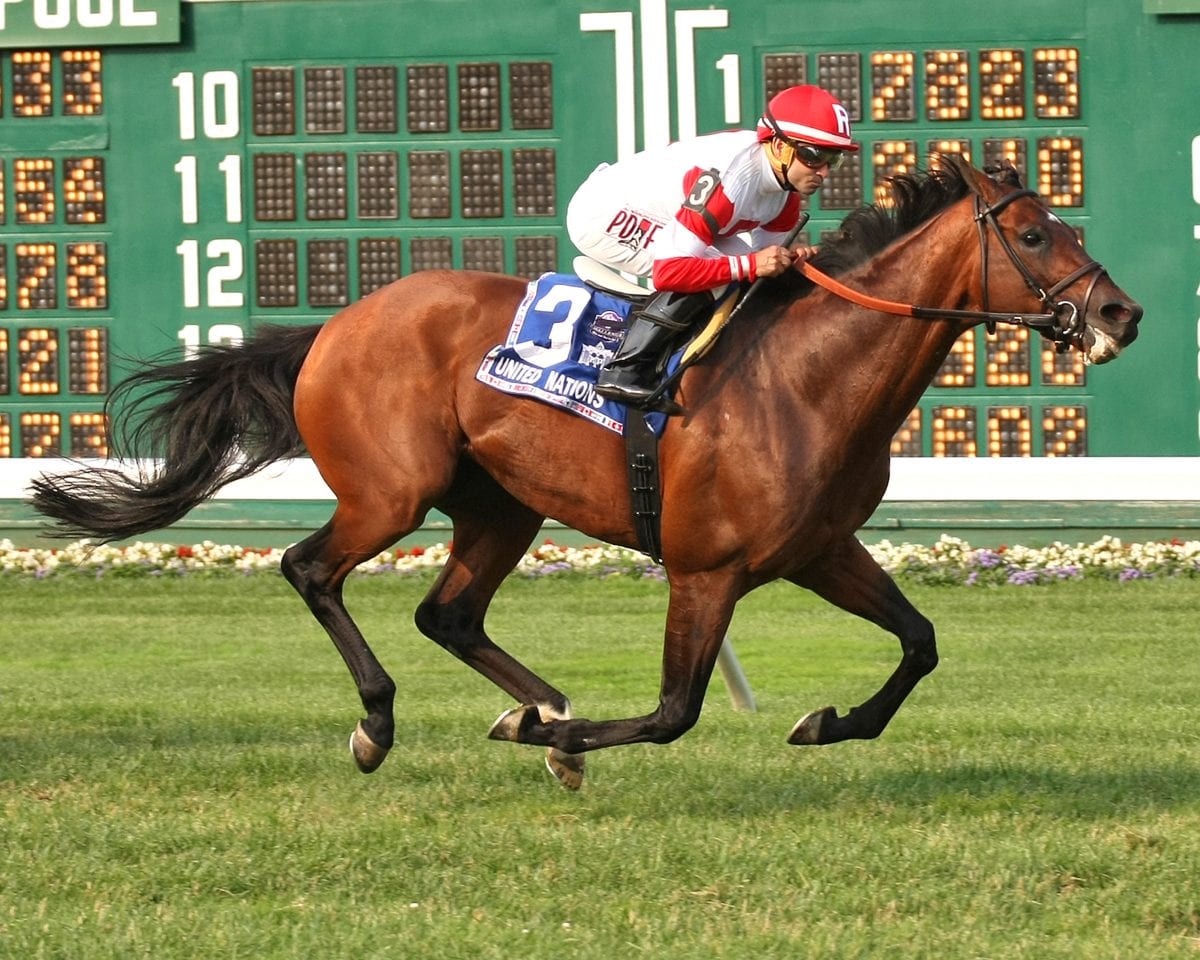 Can’thelpbelieving jumps back into graded stakes company for the second straight time when he takes his spot in the gate with nine rivals in Sunday’s Grade 1, $300,000 United Nations, going a mile and three-eighths on the turf at Monmouth Park.

“I’m very happy with how he’s doing,” said trainer H. Graham Motion. “He ran very well last time out and he has always been a consistent horse.”

Owned by Albert Frassetto, the 5-year-old gelding by Duke of Marmalade out of the Soviet Star mare Embark is coming off a third-place finish in the Grade 1 Man o’ War at Belmont Park on May 14, behind two foes who return in the U.N., Wake Forest and Money Multiplier.

Can’thelpbelieving has worked three times since placing in the Man o’ War, all at Fair Hill over the Tapeta training track. The latest was on June 24 where he went six furlongs in 1:14 2/5.

Can’thelpbelieving has also placed in each of his last five races dating back to his last trip to the winners circle in 2015 when he took a $25,000 allowance optional claiming event in late-running fashion by a length and a half.

“I love the post position,” said Motion when asked about breaking from the rail. “In these kinds of races, you would like to save ground wherever you can.”

Trainer Chad Brown arrives loaded for bear.  He’ll send out the top two finishers from the mid-May Man o’ War in the form of Wake Forest (5-2), who won that race after a challenging trip, and Money Multiplier (8-1).  Along with those two, he’ll also saddle Mr Maybe (4-1), who is coming off a third place finish in the first start of his 2016 campaign in the Grade 2 Mac Diarmida Stakes at Gulfstream Park. Prior to that start, Mr Maybe took the Grade 3 Red Smith Handicap on Nov. 14 at Aqueduct.

World Approval (3-1), from Mark Casse’s barn, has placed in three straight graded stakes and has two Grade 3 wins to his name, both in 2015, the Saranac at Saratoga and the American Derby at Arlington Park.

Joe Bravo will ride Can’thelpbelieving for the first time in his career on Sunday.

“I’ll leave it up to Joe (Bravo) to see where he is placed,” said Motion. “I don’t think he’s just a one dimensional horse.”