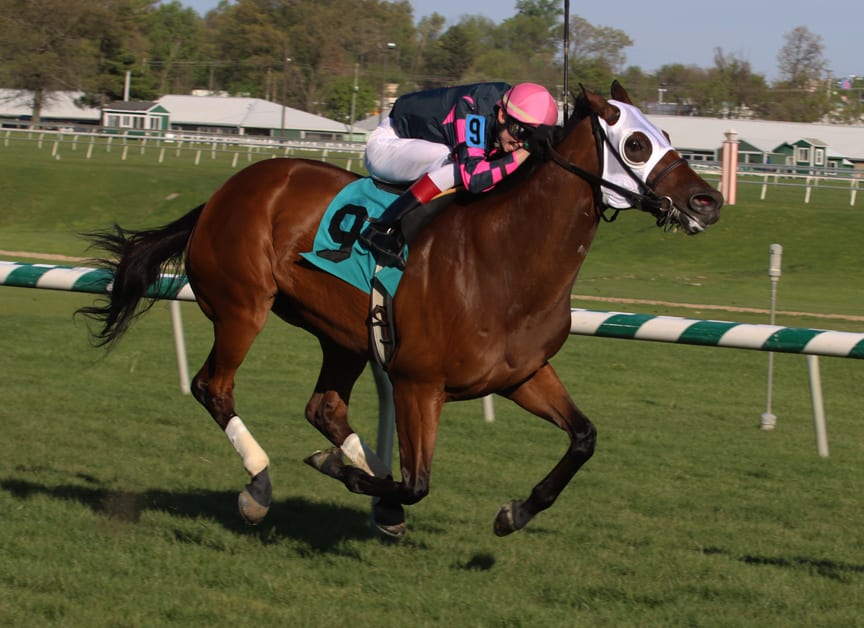 The 1 1/16-mile Edward P. Evans is one of three stakes restricted to Virginia-bred/sired horses and among five total turf stakes worth $330,000 on the nine-race Maryland-Virginia Breeders’ Day program. It comes on the final weekend of the 28-day Preakness Meet at Pimlico, which wraps up Sunday, June 26.

Rose Brier, a 7-year-old Mizzen Mast gelding trained by Jane Cibelli, has finished in the top three in 26 of 32 lifetime starts with 12 wins and $386,726 in purse earnings. He has run at nine tracks in seven states and is 3-0 in Maryland, all Laurel Park stakes victories.

In his second start off a six-month layoff, Rose Brier won the Henry S. Clark Stakes April 23. He also won the Bert Allen Stakes in 2014 and 2015, but will be making his first start over the Pimlico turf.

“He does like Maryland, doesn’t he?” Cibelli said. “I think he should be OK. He seems to run well pretty much anywhere. Maybe he just likes to travel.”

Under leading Maryland rider Trevor McCarthy, Rose Brier sat just off a solid early pace and had the lead turning for home before being passed late to finish third behind multiple graded stakes winners Middleburg and Vyjack.

“Call me crazy but I don’t think he likes that turf course, honestly. He’s never really ran well over it,” Cibelli said. “Last time it looked like he was going to win the race and then he just kind of flattened the last 20, 30, 40 yards. Trevor came back and said the horse doesn’t like the turf course, and I’ve been saying that for the last three years. He’s very capable of running with those kinds of horses.”

Rose Brier returned with a half-mile work in 49.40 seconds June 17 and will have Alex Cintron aboard from outside post 7 at highweight of 124 pounds.

“He breezed very well the other day so he’s on target for the race. We’ve been kind of circling the Edward Evans because it would seem to be a pretty good spot for him,” Cibelli said. “He’s my favorite horse, of course. He’s just lovely. He’s easy to train; there’s no tricks to him. He just loves to train. He’s a great big massive horse and he’s got a great personality. He knows he’s the big horse. He’s great to have around for sure.”

Rounding out the Edward P. Evans field are Grade 3-placed Special Envoy, most recently fifth in the Henry S. Clark Stakes; Cat Fiftyfive, winner of an entry-level allowance May 21 at Pimlico; Willisville, a recent allowance winner at Great Meadow who was third in the 2014 Jamestown Stakes at Laurel in his career debut; Gumper, Officer’s Oath and Thunderinwillie.

The Nellie Mae Cox drew a competitive field of 13 fillies and mares led by the Mike Trombetta-trained trio of Clockstrucktwelve, Gem and Magician’s Vanity, each looking for their first victory of 2016; and Complete St., winner of the 2015 Brookmeade Stakes last fall at Laurel Park.

Also entered are For Finery, a Laurel allowance winner April 24; Queen Caroline, who broke her maiden on the Pimlico turf May 21; Andrasta, Awake the Day, Elegant Breeze, Hooligan, Nancy’s Gone Wild, Secret Or Not and Sweet Sandy.