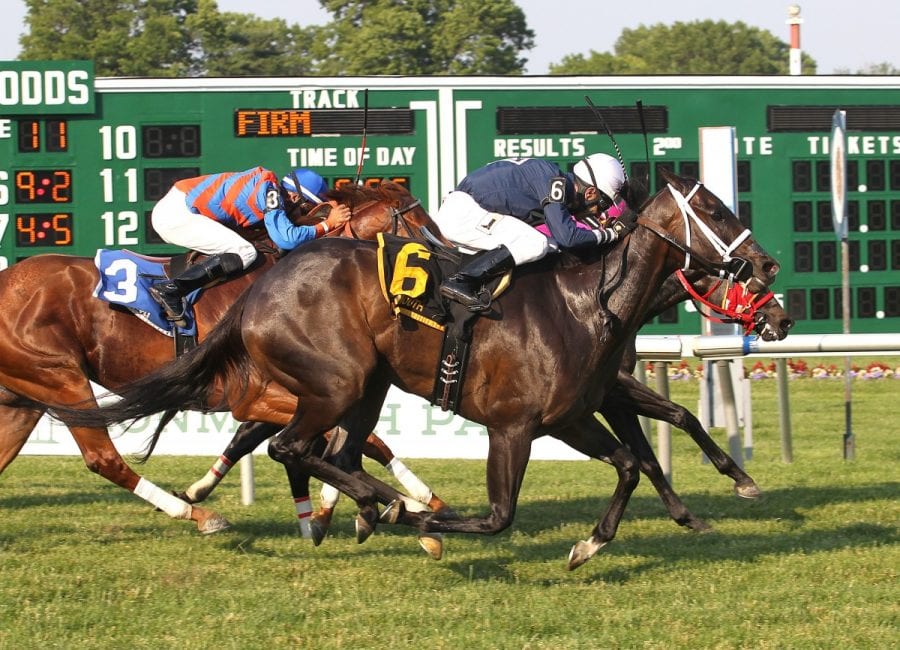 Castaway Stable LLC’s Indian Splendor displayed new tactics in posting a victory in the $60,000 Honey Bee Stakes at Monmouth Park on Saturday, while earlier on the card trainer Jorge Navarro saddled a record tying four winners, before coming up just a nose short in the Honey Bee with Forest Funds.

With Antonio Gallardo aboard, Indian Splendor sat behind the early speed, angled out for the stretch drive, and closed with determination to just beat Forest Funds on the wire. After covering the about 5 ½ furlongs over firm turf in 1:02.35, Indian Splendor returned $11.20, $5.20 and $3.80. Forest Funds completed the $54.80 exacta and paid $5.60 and $4. Pacesetter Everything Lovely checked in third, good for a $6.40 show mutuel. Joya Real, the 4-5 favorite, checked in fifth in the field of six fillies and mares.

“We were able to change up her running style today,” said winning trainer Jason Servis. “Typically she goes right out to the front, but I told Antonio [jockey Gallardo] to try and get her to settle and get covered up. He did a great job. When she tipped out turning for home I got excited and thought she could get it done. Today’s new running style certainly opens things up for her going forward.”

A 6-year-old mare by Indian Ocean from the Tactical Advantage mare Jeet, Indian Splendor is now four for five over the Monmouth turf and six for 24 lifetime. She bas banked $289,142 for her connections.