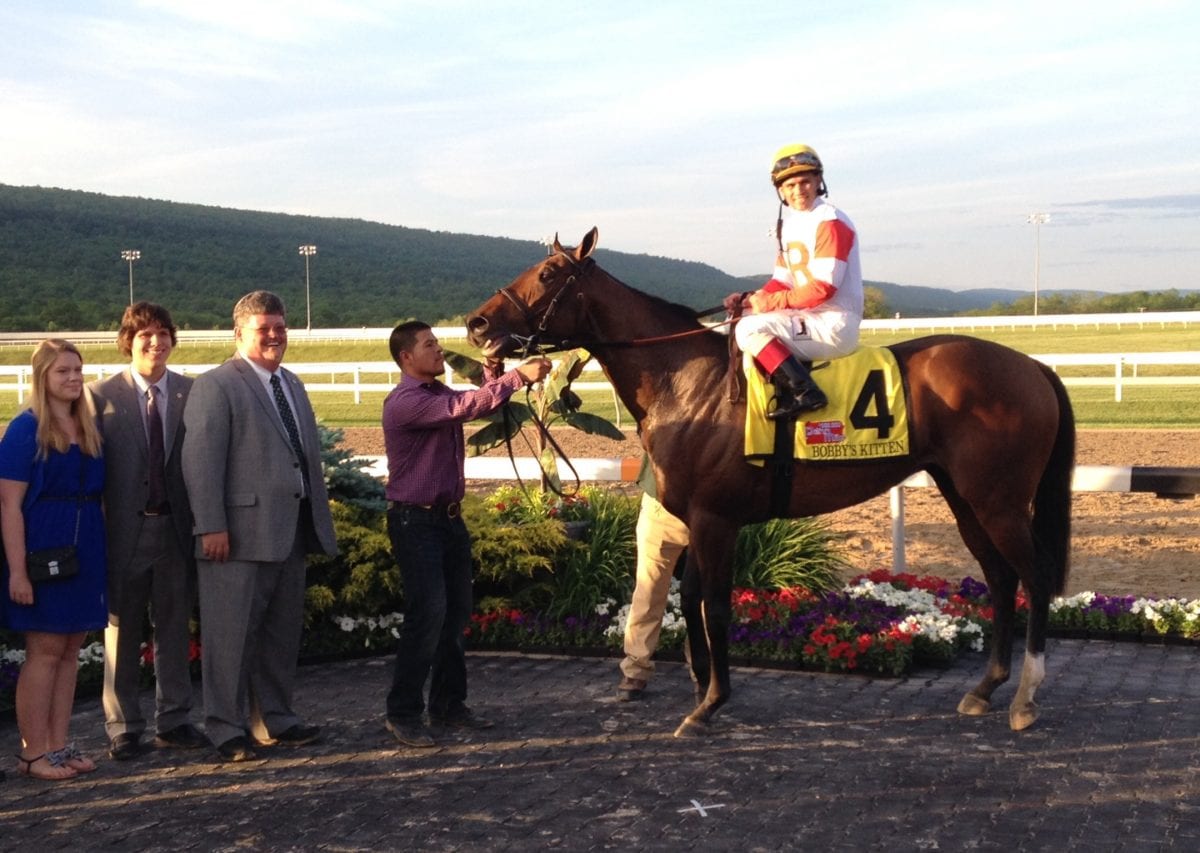 Catch a Glimpse has passed every test she’s faced in her young career, beating fillies in all six of her career turf tries.

The sophomore daughter City Zip has been installed as the 2-1 morning line favorite in Saturday evening’s $500,000, Grade 3 Penn Mile at Penn National.  The Mark Casse trainee will be ridden by regular pilot Florent Geroux.

Out of the stakes-winning Irish River mare Halo River, Catch a Glimpse ran fifth, in a race moved from the turf to the main track, in her debut.  Since then, she has rattled off six consecutive wins.  She concluded her two-year-old season by posting a minor upset in the Breeders’ Cup Juvenile Fillies Turf.

Now as a three-year-old, the speedster hasn’t missed a beat, winning three consecutive Grade 3 events to start her season.  Most recently, she took the Edgewood at Churchill Downs on Kentucky Oaks day, clearing to a two-length lead in the stretch before hanging on to win by three-quarters.

But this is no easy spot.  In fact, Casse’s other runner in here, Airoforce (7-2), also figures to offer a formidable test.  The gray Colonel John colt started his career with three victories and a near-miss second — in the Grade 1 Breeders’ Cup Juvenile Turf.  This year hasn’t been as kind — he’s been winless in three tries — but he turned in his best effort of the season last out in the Grade 2 American Turf at Churchill Downs, when fourth, beaten less than three.  He ran on the lead early that day and may revert to his more typical, later-running style here, with Trevor McCarthy in the irons.

Beach Patrol (3-1), second a head in the American Turf, also figures a major player in here.  Now in the barn of turf ace Chad Brown, the son of Lemon Drop Kid has two wins from five career starts and has never been worse than third.  Joel Rosario will ride.

Another name familiar to racing fans will be that of Oscar Nominated (5-1), the Ken and Sarah Ramsey-owned Kitten’s Joy colt whose 23-1 upset of the Grade 3 Spiral gave him a spot in the Kentucky Derby starting gate.  That effort didn’t exactly pan out — he finished 17th — but a dip into easier company on a more congenial surface where he’s won twice should help.  Kendrick Carmouche will ride the Mike Maker trainee.