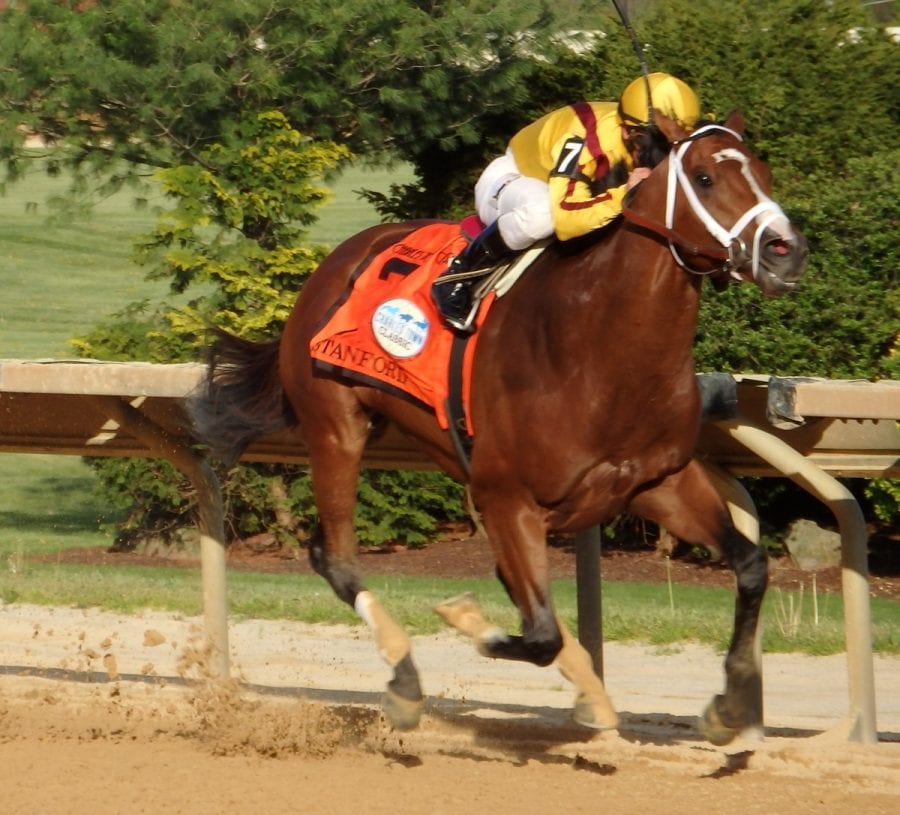 Stanford wins the CT Classic. Photo by The Racing Biz.

Stanford, the 8-5 morning-line favorite, will not ship down from New York for Friday’s $300,000 Sagamore Spirit Pimlico Special (G3).

“We’ve decided to wait for the Met Mile,” trainer Todd Pletcher said in a text message.

Pletcher had said all along that the June 11 Metropolitan Handicap (G1) was a major objective, with the debate being whether it was best to train up to that stallion-making race or give Stanford another race since he last ran April 23, winning the $1.25 million Charles Town Classic (G2).

In Stanford’s absence, the locally-based crowd favorite Page McKenney, the $16,000 claim who has gone on to earn $1.4 million, figures to vie for favoritism with Grade 1 winner Noble Bird in what now is a field of seven older horses running 1 3/16 miles. Page McKenney’s four-race victory streak ended when he was second by two lengths in the Charles Town Classic.

Pletcher still has Savoy Stomp, 15-1 on the morning line, in the Special.