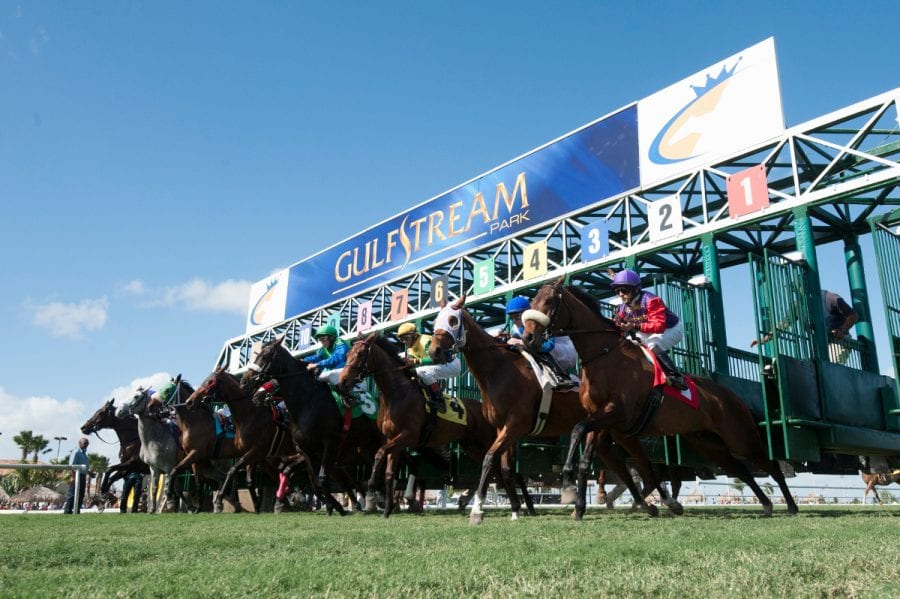 The Stronach Group announced Wednesday that the inaugural running of the $12 million Pegasus World Cup – the world’s richest Thoroughbred race – has been scheduled for Saturday, Jan. 28, 2017 at Gulfstream Park.

The unique and innovative Pegasus World Cup, the vision of Frank Stronach, Founder and Honorary Chairman of The Stronach Group, will be contested at 1 1/8 miles on dirt and is expected to attract the world’s biggest stars while promoting and generating excitement and worldwide attention for Thoroughbred racing.

The Pegasus World Cup will be the first event of its kind in Thoroughbred racing and is designed to promote the sport of horse racing while creating a lucrative opportunity for owners of World Class Thoroughbreds.

There will be 12 entrants, who will pay $1 million each to buy a spot in the Pegasus World Cup starting gate.

The entrant can then race, lease, contract or share a starter or sell their place in the starting gate. Original entrants will also have the first option to participate in future Pegasus World Cup races. All entrants will not only be competing for the world’s largest purse but they will also share equally in 100 percent of the net income from handle, media rights, and sponsorships from the Pegasus World Cup.

“The Pegasus World Cup will be conducted to the highest standards,” said Frank Stronach, “and will held on Saturday January 28th, thereby avoiding a conflict with either the Breeders’ Cup or the Dubai World Cup.”

Tom Ludt, who is a board member of the Breeders Cup, will also be assisting with the marketing and coordination of the Pegasus World Cup.