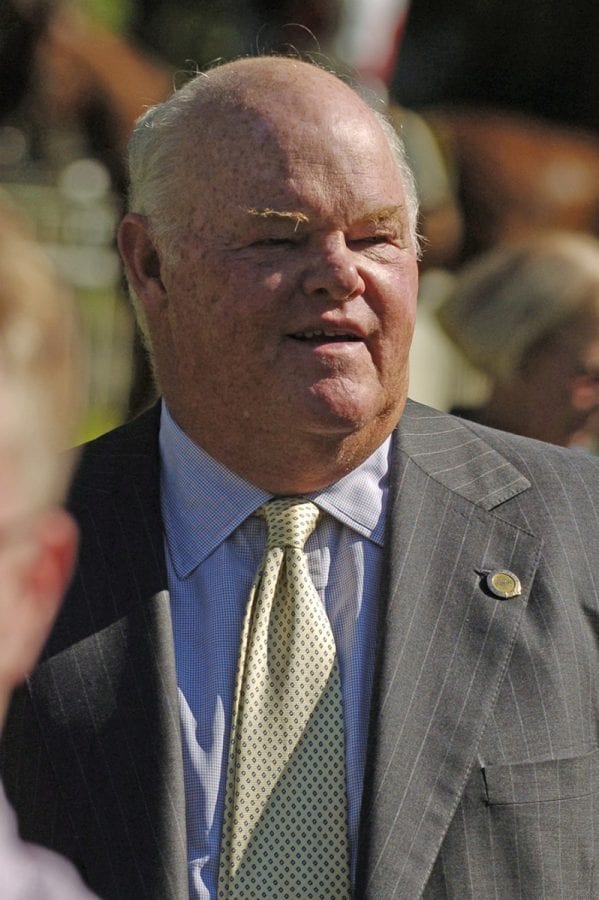 Under his direction, Phipps Stable campaigned numerous winners of prestigious American Thoroughbred races, including Orb, the 2013 Kentucky Derby winner that was owned in partnership with his cousin Stuart S. Janney III.

Phipps was the great grandson of Henry Phipps, the partner of the steel magnate Andrew Carnegie; the grandson of Henry Carnegie Phipps and Gladys Livingston Mills Phipps; and the son of Lillian Bostwick Phipps, who died in 1987, and Ogden Phipps, who passed away in 2002. He was predeceased in 2007 by his sister, Cynthia Phipps.

Between 1976 and 1994, Phipps served as Chairman of the Board of Bessemer Trust, the private bank and investment advisor established by the Phipps family in 1907. He was also chairman of Bessemer Securities Corporation from 1982 until 1994. He continued to serve on the two Bessemer boards until he retired in 2015.

He served on the board of the King Ranch from 1996 until 2004 and also served on the Board of Governors for New York-Presbyterian Hospitals Inc.

A New York native and more recently a resident of Palm Beach, Fla., Phipps was Chairman and CEO of the New York Racing Association Inc. from 1976 to 1983. He was elected chairman of The Jockey Club in February 1983 and served in that capacity until he retired in August 2015 to become Honorary Chairman.

The Jockey Club’s primary responsibility is to maintain The American Stud Book and ensure the integrity and welfare of the Thoroughbred breed in the United States, Canada and Puerto Rico.

The organization, directly or through its subsidiaries, also provides support and leadership on a wide range of important industry initiatives and it serves the information and technology needs of owners, breeders, media, fans and farms, among others.

Phipps attended Deerfield Academy in Deerfield, Mass., and Yale University, where he received a Bachelor of Arts degree in 1963. He was an accomplished athlete and will be inducted into the International Court Tennis Hall of Fame this summer (as his father was previously). He was also an avid golfer and outdoorsman.

He held a variety of board positions in the Thoroughbred industry, including with Breeders’ Cup Ltd., Blood-Horse, National Thoroughbred Racing Association Inc., the Equibase Management Committee, Grayson-Jockey Club Research Foundation, and the wholly owned subsidiaries of The Jockey Club.

Phipps called Rhythm’s triumph in the 1990 Travers Stakes, come-from-behind victories by Personal Ensign in the 1988 Breeders’ Cup Distaff and Storm Flag Flying in the 2002 Breeders’ Cup Juvenile Fillies, Inside Information’s six stakes victories in 1995, and Orb’s Kentucky Derby win in 2013 his most memorable moments in Thoroughbred racing.

He was honored with numerous awards for his contributions to the sport throughout the years.

In 1978, Phipps received an Eclipse Award of Merit and was honored by the New York Turf Writers’ Association in recognition of his successful effort to have the takeout on wagers at NYRA tracks reduced.

Last August, at the conclusion of The Jockey Club’s annual Round Table Conference, Janney, on behalf of the Board of Stewards, presented Phipps with The Jockey Club Medal, a medal Phipps had presented to 16 others previously for exceptional contributions to the Thoroughbred breeding and racing industry.

In making the presentation, Janney said, “He’s not much for fanfare, particularly any that focuses on him, but he richly deserves accolades for the time and effort he’s devoted to the Thoroughbred industry in general and The Jockey Club in particular over a long period of time.”

Throughout his tenure, Phipps remained deeply committed to The Jockey Club’s two charitable organizations, which helped horses and people (Grayson-Jockey Club Research Foundation and The Jockey Club Safety Net Foundation); both have raised and distributed millions of dollars.

He never hesitated to lend The Jockey Club’s support to any initiative that he felt would help the sport, particularly with regard to matters of integrity, equine welfare, and marketing.

His motivation for spending so much of his time and energy on racing issues was embodied in two sentences from a keynote address he delivered in Paris in October 2014 at the meeting of the International Federation of Horseracing Authorities:

“Quite simply, I see it as a way of giving back to a sport that has provided me with so much enjoyment. That was probably passed on to me from my dad, and I try to instill that sense of responsibility and commitment in my kids.”

Phipps is survived by his wife of 46 years, Andrea; children Kayce, Kelley, Lilly, Daisy, Samantha, and Ogden; and 24 grandchildren.

Funeral arrangements are incomplete at this time.

In lieu of flowers, the family requests that donations be made to Grayson-Jockey Club Research Foundation or The Jockey Club Safety Net Foundation. Both are located at The Jockey Club, 40 E. 52nd Street (15th floor), New York, NY 10022.