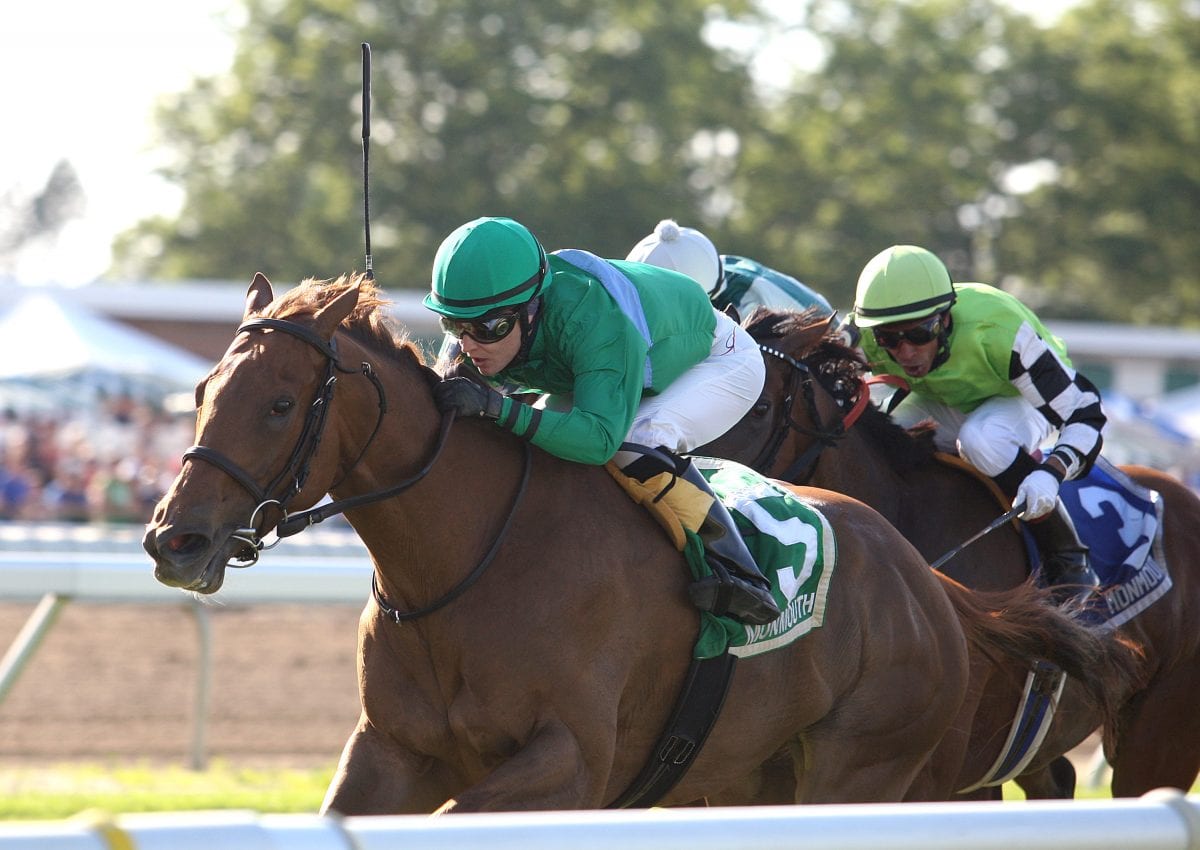 In the weekend’s biggest race in the mid-Atlantic, Medea took advantage of a somewhat depleted field — favored Orion Moon and 8-1 shot Lady Ten both scratched — to post a mild upset in the Grade 3 Eatontown Stakes over the Monmouth Park turf on Saturday.

The five year-old mare, trained by Francis Abbott, III for owner/breeder Cornerstone Thoroughbreds LLC, came three wide in the stretch and outfought her rivals to post a one-length victory in the 1 1/16 mile test.  The first six finishers were all within two lengths of the winner.

“She broke well and we got set up perfectly,” said winning jockey Forest Boyce in a release.  “I was confident in her the whole time. I had plenty of horse.  She’s a pretty gritty filly.”

Medea, by Danehill Dancer out of the unraced Giant’s Causeway mare Scoop of Gold, made her stakes debut in the Eatontown.  She has three wins and seven other in-the-money finishes from 11 career starts, with earnings of $195,345.