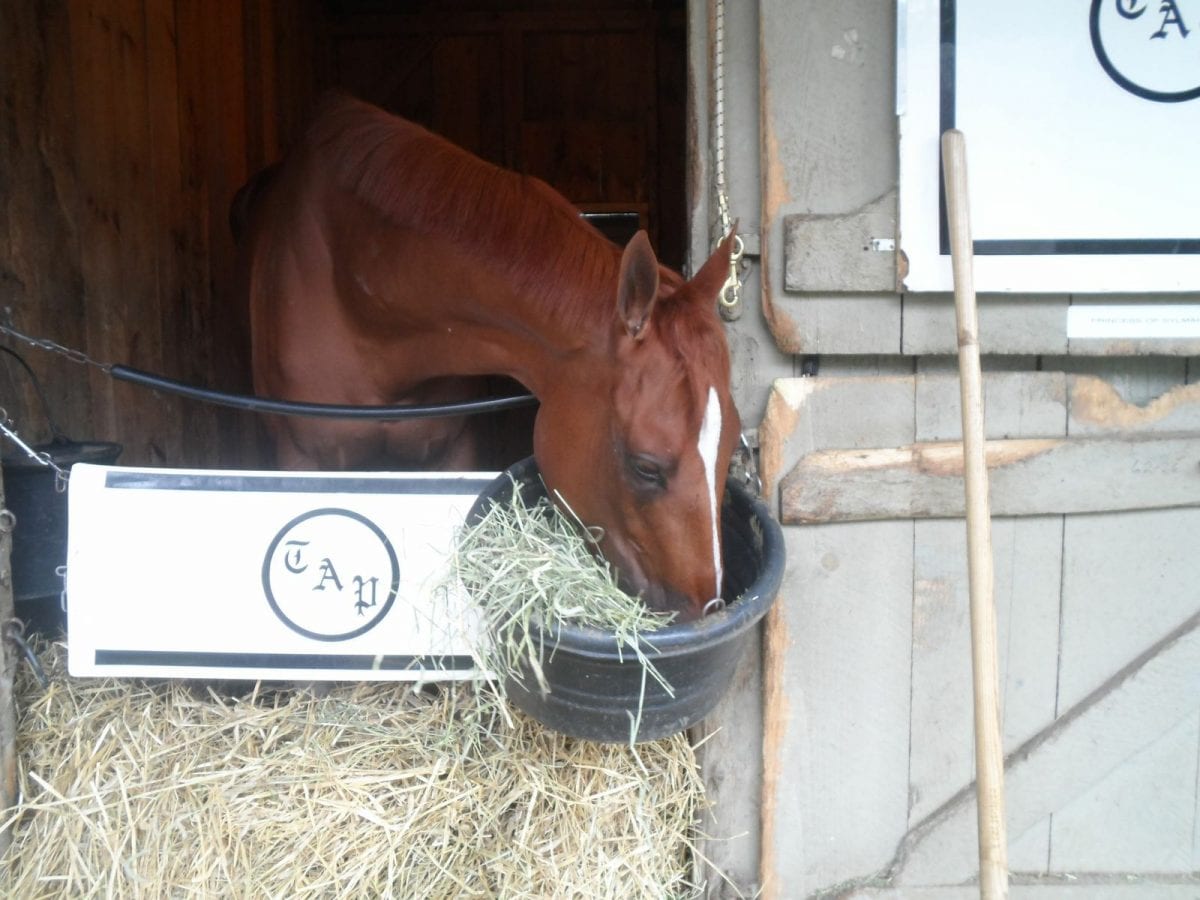 This Saturday will be a very special day for Javier Castellano, the winner of the 2013 Eclipse Award for Outstanding Jockey. He will not only mount aboard King of Prussia Stable’s Princess of Sylmar in the Grade I Delaware Handicap, but he will celebrate his 10th wedding anniversary as well.

“It seems like yesterday that Abby and I got married,” Castellano said. “Now, we have three beautiful children – Kayla, Sienna and Brady – we are very lucky in so many ways.  I am looking forward to celebrating my anniversary with my family and hopefully winning a Grade I.  It is going to be a pretty emotional day.”

The 36-year-old native of Maracaibo, Venezuela, will have a great chance to win his first mile and a quarter $750,000 filly and mare summer classic aboard Princess of Sylmar.  The 4-year-old daughter of Majestic Warrior has a career record of nine wins and two seconds from 13 starts with earnings of $1,852,220.

Last year, the Pennsylvania-bred conditioned by four-time Delaware Handicap winning trainer Todd Pletcher, notched four Grade I victories in a row – including the mile and a quarter Alabama Stakes at Saratoga and the mile and an eighth Kentucky Oaks at Churchill Downs.  In her most recent start, she finished second a head behind Close Hatches in the $1,000,000 Grade I Ogden Phipps at Belmont Park on June 7.

“She is always very close in every race she runs,” Castellano said.  “Unfortunately, the only time she did not show up was the Breeders’ Cup.  That day, the track did not fit her style of running.  All speed horses did well that day.  She runs well at nearly all distances, but she is the kind of horse that likes to come from behind a little bit and she takes some time to get her kick.  She has won at a mile and a quarter before, so the Delaware Handicap will fit her style.”

The New York multiple season leading jockey, has won plenty of important races, including the Breeders’ Cup Classic aboard Ghostzapper in 2004 and the Preakness Stakes aboard Bernardini in 2006, and he is looking forward to having a chance to notch another Grade I victory.

“Anytime you go out of town and ride in a big race, especially a Grade I, it is a pretty big deal,” Castellano said.  “But this race is a little more special for me.  My brother Abel rides at Delaware Park, so I really feel comfortable there.  I know a lot of the riders from Delaware Park, both former and current and it is has always been a great colony – so that is another thing that makes it pretty special.  In 2011, I won the Delaware Oaks but I have never won the Delaware Handicap, a special race and I would really love to win.”

Other possible for the Delaware Handicap include Molly Morgan, Flashy American, Gamay Noir and Zucchini Flower.