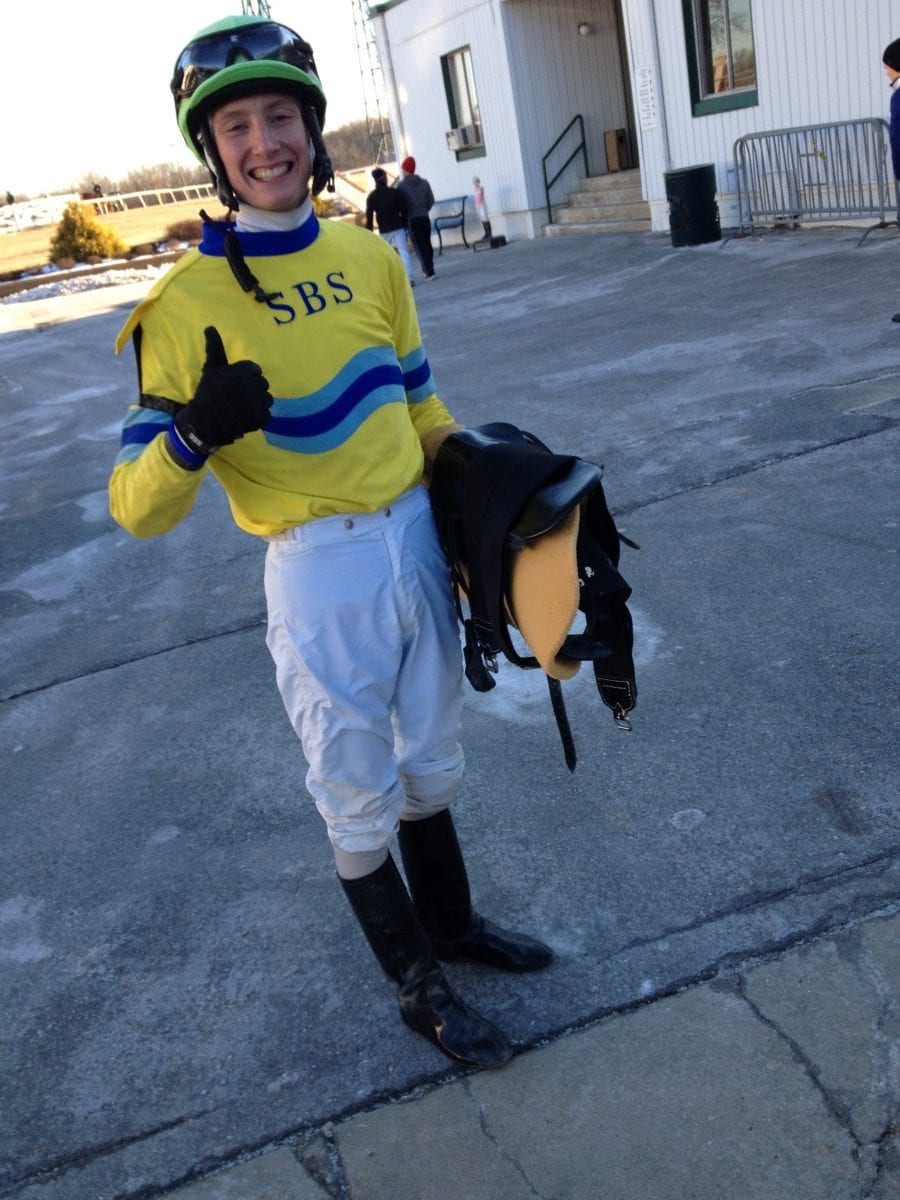 Lost in the hoopla surrounding the battle for the leading trainer at the Laurel Park was the performance by apprentice Trevor McCarthy, who will win his first riding title when the winter meet ends Saturday afternoon.

The 19-year-old, who finished second in the 2013 Laurel Park winter and fall jockey standings, rode two winners today to bring his total to 54 for the meet, 18 more than Victor Carrasco.

“It is really rewarding especially when we are going to win it by about 15 wins,” said McCarthy, who has 17 multiple win days at the central Maryland track since January 1. “To win by so many means a lot. I have been working hard in the morning and riding hard and smart in the afternoon.”

Meanwhile in the trainer standings, four trainers are tied with 19 winners going into the final day of the meeting. Juan Vazquez and Claudio Gonzalez started the afternoon tied for the lead but Kieron Magee saddled Sir Travis ($9.40) in the fourth race, his final starter of the stand, and Hugh McMahon won the day’s finale with Face the Fire ($6.80).

Vazquez and McMahon will have runners in four of the 10 races on closing day, while Gonzalez has runners entered in three races.