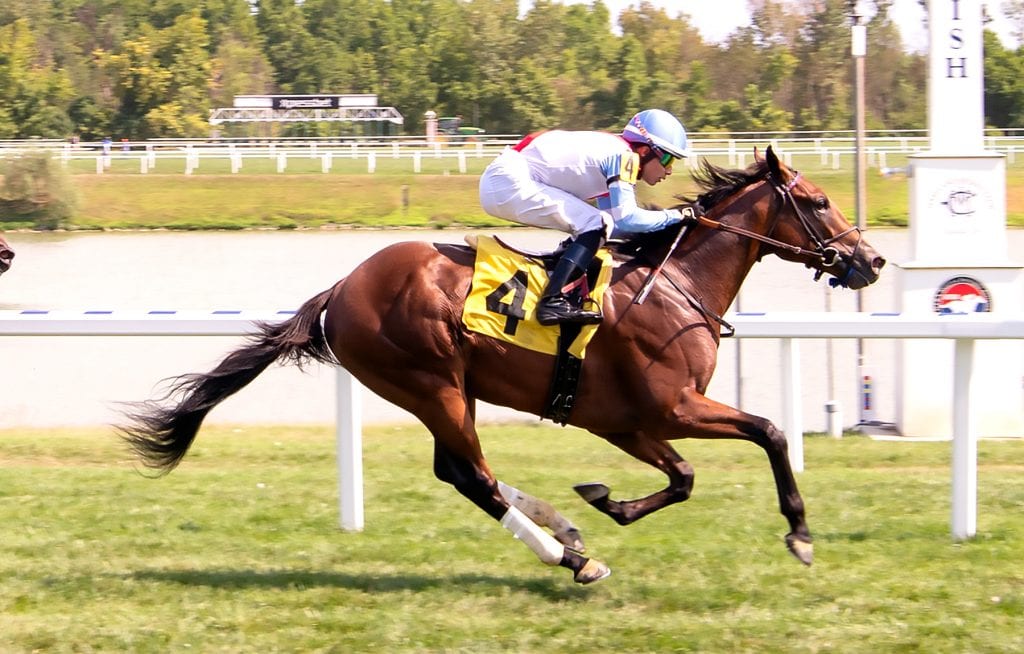 It’s far too early to say that the latest of her offspring to reach the track, the two-year-old American Pharoah colt King of Egypt, is going to reach those heights. But after a solid first-out score Thursday at Laurel Park, maybe it’s not too early to dream a little.

“It’s my fifth one of that family that I’ve worked with,” said Cat McGee, assistant to trainer Graham Motion. “They’re all runners; they’re all great.”

King of Egypt, a homebred for Alex Campbell, entered the race with a steady string of works at Motion’s Fair Hill base, including three at five furlongs. Typically, a horse out of a top barn with those bloodlines — by a Triple Crown winner out of a stakes-producing mare — would get plenty of betting action at Laurel. But Thursday’s maiden event — also featuring starters by top sires War Front, Flatter, and Hard Spun — was no ordinary Laurel maiden. Indeed it looked more like a Saratoga race than a typical local maiden race, and perhaps as a result, King of Egypt got lost in the shuffle, going off as the 5.30-1 fourth choice in the field of six.

But jockey Jorge Vargas, Jr. was able to get King of Egypt in the action from the opening jump. The duo were just a head off the leader, the Arnaud Delacour trainee Chapalu, in the early going. The first quarter of the 5 1/2-furlong test over firm turf went by in 22.78, with the two of them heads apart and the Chuck Lawrence-trained He’s Not Tapit a half-length farther behind.

King of Egypt began to poke a head in front rounding the turn and continued to edge away, finally going clear with about a furlong to go. His margin of victory was 1 1/4 lengths, with Chapalu holding second and House Arrest along for third. Running time was 1:03.21, and King of Egypt returned $12.60 to win.

American Pharoah’s offspring have hit the ground running — he’s the leading first crop sire nationally by earnings and third by progeny wins, now with seven — and King of Egypt certainly lived up the examples already set, turning in a pretty mature performance for a baby  at a distance that figures to be less than his best. According to McGee, the team at Fair Hill was certainly happy with the King of Egypt’s performance — but not really surprised.

“Everyone was hot on him before he even came,” she said. “It was cool to see how precocious he was and how kind he was. We had to chill him out a little bit, he was so keen to go on.”

There aren’t many spots — other than stakes — for a two-year-old winner, so it’s reasonable to imagine that’s where King of Egypt will go next, but McGee wasn’t ready to look too far in the future.

“We’ll see how he comes out of the race; that’s the most important thing,” the assistant trainer said. “It was nice to see him do it so happily.”