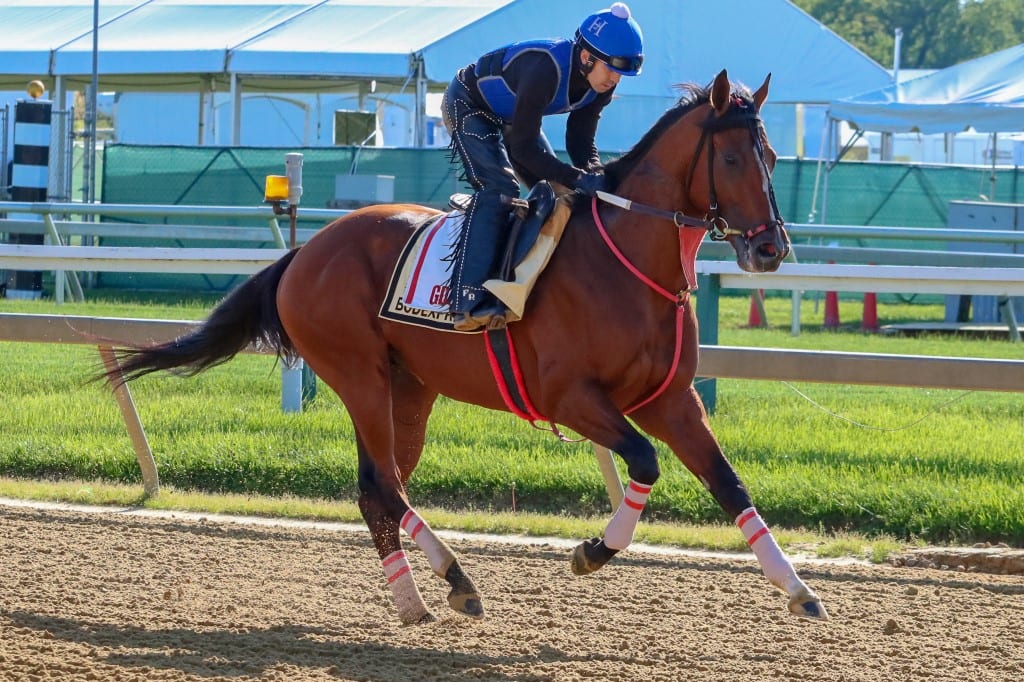 Bodexpress on the track at Pimlico. Photo by Dottie Miller.

Why he COULD win the Preakness: His last two efforts are sneaky good and put him in the mix here. In the Florida Derby, he was dead game in chasing Maximum Security all the way around and still holding second while beaten three lengths; that margin is closer to what appears to be the best sophomore in the country than any runner here managed in the Derby. And even in the Derby, he was in contention, squeezed back, dropped to the rear of the field — and then regrouped and passed a few late. Johnny Velazquez in the irons is also nothing to sneeze at.

Why he SHOULD NOT be able to win the Preakness: See that “M” in his race record? That means he’s still a maiden — no wins yet — and until he finishes first in a race, it’s hard to pick him to win a Grade 1 event. He’s also had a bit of a history of finding trouble in races and may just need to find an easier spot to graduate.