Pimentel in the Derby, Pimlico seating, and CT Classic: The week in social media 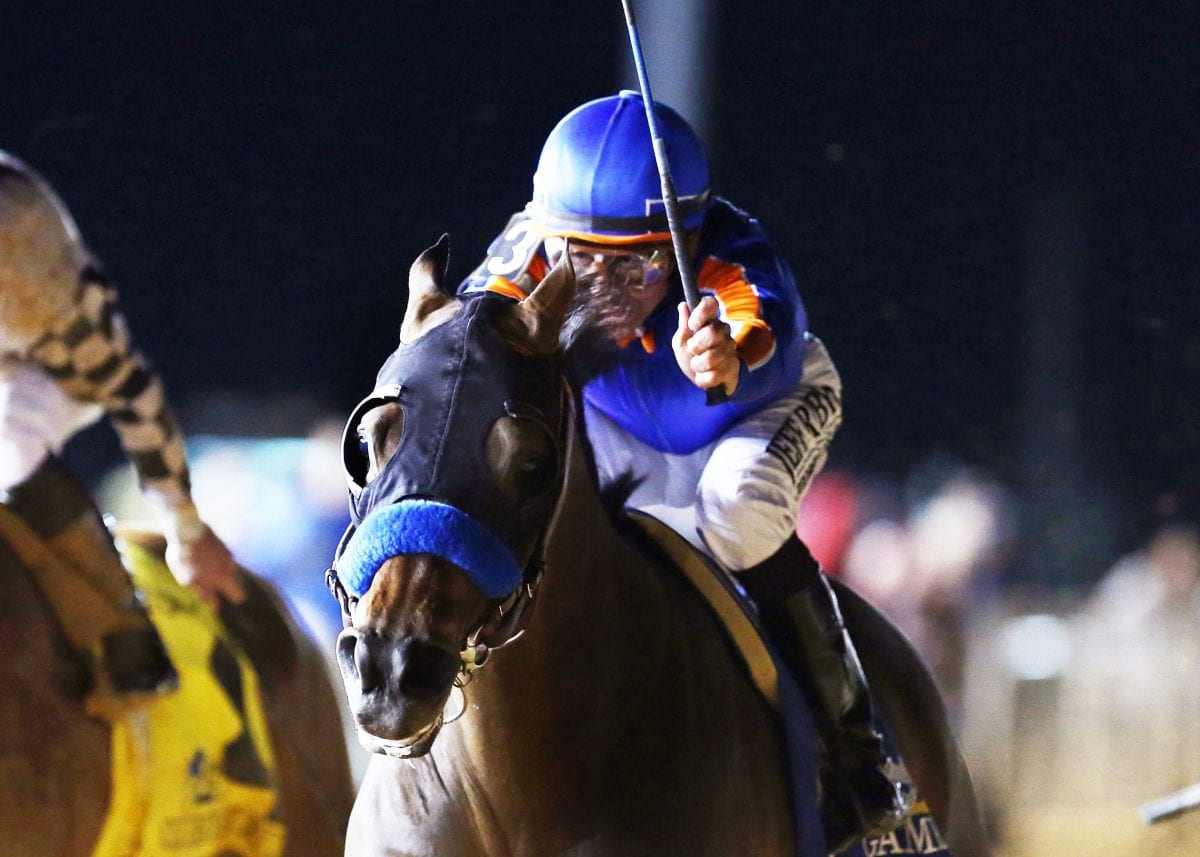 Pimlico drops a bombshell with its seating situation, a local rider gains a mount on a Kentucky Derby contender, and familiar faces are expected to return in the upcoming Charles Town Classic.

Here is the latest 411 on horse racing that the Mid-Atlantic region has been buzzing about:

Part of Pimlico grandstand to close

The black cloud of uncertainty that has been surrounding Pimlico Racecourse reared its ugly head once again, when it was announced that nearly 7,000 seats will have to be closed. With the 144th running of the Preakness Stakes only a few weeks away, the timing could not have been any worse.

At the ripe old age of 125 years, the historical section of the Old Grandstand has been deemed unsafe by engineers and will be off limits to the public. This means that 6,670 seats have been reported as unsafe and will be unavailable .

Win Win Win is a horse that Pimentel is already familiar with, as he was in the irons for the first four races of the colt’s career. After breaking his maiden at Laurel Park, the Michael Trombetta trainee scored in an allowance optional claiming race and finished second in the Heft Stakes at the Maryland track before moving on to Tampa Bay Downs where he set a track record of 1:20.89 for seven furlongs in the Pasco Stakes.

The mount on Win Win Win was given to Irad Ortiz Jr. in the wake of Win Win Win’s victory in the Pasco Stakes. Following the rider switch, the dark bay son of Hat Trick finished third in the Lambholm South Tampa Bay Derby (G2) and second in the Toyota Bluegrass Stakes (G2) before returning to his regular rider for the Kentucky Derby.

With the $1,000,000 Charles Town Classic looming on April 20, the return of some familiar competitors was announced. It was shared that both the first and second place finishers in last year’s edition of the Grade 2 race are expected to return for the 2019 running of the 1 1/8-mile event.

Something Awesome stole the show in the Charles Town Classic in 2018 and now looks to do it again a second time. The gelded son of Awesome Again has not found his way to the winner’s circle since last year’s triumph in the event but has been training very forwardly for trainer Jose Corrales as the race draws near. The gelding’s latest workout came in the form of a bullet on April 13, when he traveled five furlongs in a sharp time of 1:01.00.

War Story, runner-up in the 2018 Charles Town Classic, is also back for another shot at the race. Another notable runner expected to compete in the Classic is West Virginia-bred Runnin’toluvya, who is currently riding high on an eight-race winning streak, which include scores in the Frank Gall Memorial Stakes, West Virginia Breeders’ Classic Stakes, A Huevo Stakes, and the Russell Road Overnight Prep Stakes, which have each taken place at Charles Town.

? Meet the probable contenders for the 2019 #CTClassic! ?

Last year’s 1st and 2nd place finishers, Something Awesome and War Story, will make a return for the big race as well as West Virginia-bred Runnin’toluvya! ?