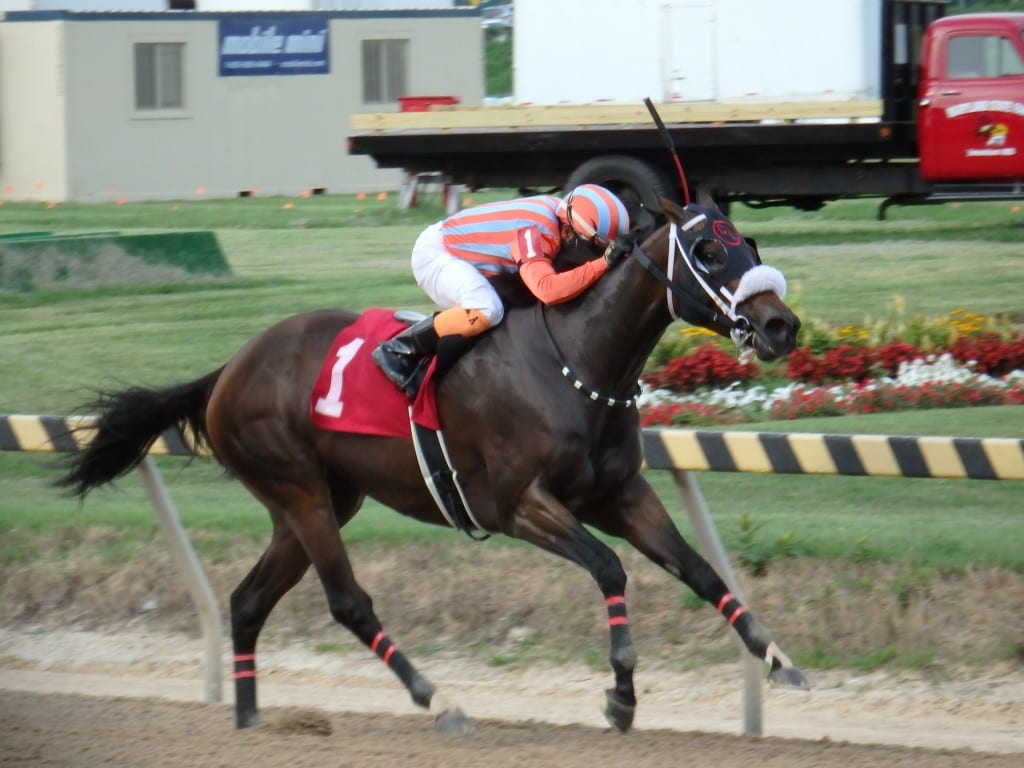 Between them, jockeys Larry Reynolds and his son Austin won 3.369 races. Unfortunately for Austin Reynolds, his dad Larry won all but one of them.

Not to worry, though: Austin’s making his way these days as an exercise rider in the Cal Lynch barn with a longterm eye on becoming a trainer.

And Friday at Timonium, it was Austin Reynolds who saddled the Lynch barn’s Renaissance Rosie to victory in the featured second-level allowance/optional claiming race, a 6 1/2-furlong test with a $38,000 purse.

“Things are going really well,” Reynolds said of his work in Lynch’s barn. “We get it done as a team.”

Certainly they did today. Renaissance Rosie projected as the main speed in the race, and with J. D. Acosta in the irons, proved to be so. A six-year-old mare, Renaissance Rosie grabbed a length-and-change lead after an opening quarter-mile in 23.32 seconds.

From there, Acosta doled out measured fractions while holding his rivals at bay. The margin was a length after a half-mile in 46.97 seconds, 2 1/2 lengths leaving the furlong grounds, and 1 1/4 lengths when they crossed the wire.

Running time for the 6 1/2 furlongs was 1:16.98, with Renaissance Rosie a comfortable winner over Conjecture, who was almost a length ahead of Three Illusions in third.

“All class,” Reynolds described her.

Reynolds said that, growing up and watching his dad, he’d always wanted to be a jockey. But opportunities were limited, and, “I just struggled with my weight.”

He rode a handful of races in 2015 and 2016 before turning his attention back to galloping horses. He worked for a time in Jeff Runco’s barn at Charles Town before coming to work for Lynch. Runco, coincidentally, had Renaissance Rosie earlier in her career; trainer Amy Albright claimed her away from him just over a year ago.

Larry Reynolds, Charles Town-based for most of his career, won races at Timonium over the years; today, with Renaissance Rosie, his son found his way to the winner’s circle here, as well.

“My dad rode here, and I remember coming to the Fair to watch him,” he said. “I came her about two years ago, and really nothing’s changed — it’s still the same great atmosphere.”

BIG T NOTES Trainer Gerry Brooks and jockey Erin Walker teamed up for their fourth win of the meet with Queenofthekingdom posting a six-length win in the sixth, a lifetime claiming event. Brooks leads all trainer with four wins to date, two more than Phil Schoenthal, Joan Reynolds, and Wayne Potts… Acosta’s two wins on the day enabled him to tie Walker and Angel Cruz, all with four wins apiece… Saturday’s feature is the $75,000 Maryland Coalition Stakes…