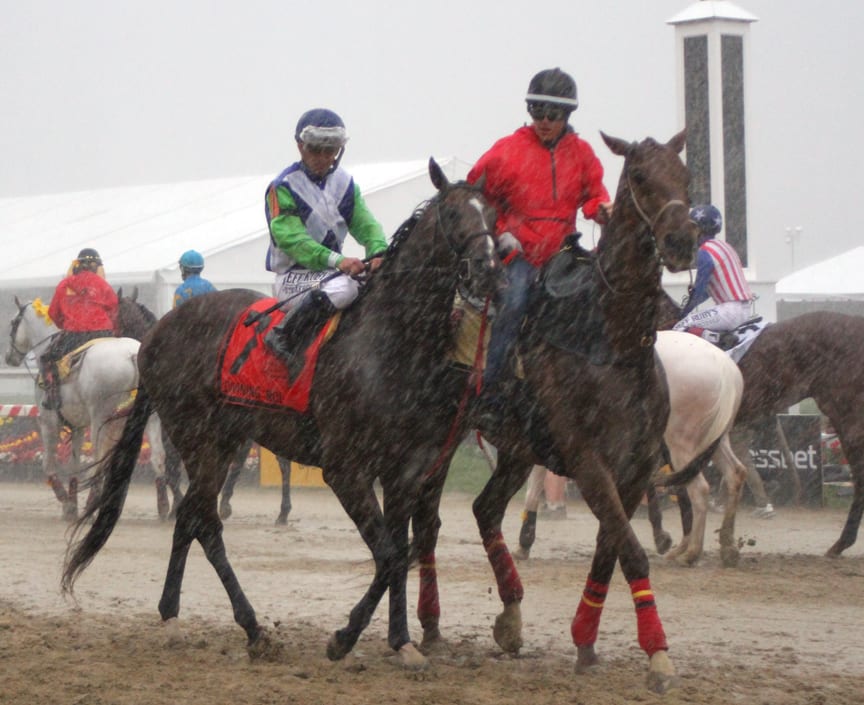 In the 2015 Maryland Million Classic, Admirals War Chest went to the front, opened a long lead, and then had just enough in the tank to hang onto a neck victory.

Five subsequent starts, however, had been less kind to the five-year-old son of Elusive Charlie, yielding a record of 5-0-1-2.

That losing streak is over.  Yesterday at Delaware Park, employing the same front-running tactics that won the Classic, Admirals War Chest and jockey Taylor Hole took a $38,000 allowance test contested at one mile and 70 yards by 1 1/2 lengths as the 4.20-1 third choice in a field of five.

The race had seemed likely to run through 2015 Lexington Stakes (G3) winner Divining Rod, but with track sloppy and sealed, that runner was scratched.

After setting fractions of 47.55 for the half-mile and 1:13.20 for three quarters, both with Royal Marine in hot pursuit, Admirals War Chest completed the distance in 1:43.68.  Royal Marine held second, and Warrior Call was third.  Favored Bluegrass Beat made a middle move but faded to fourth.

Admirals War Chest, trained by Corby Caiazzo, was bred in Maryland by owner Dr. Stephen Sinatra and now has four wins from 18 starts and earnings of $215,181.