The GQ Approach – Pimlico May 18 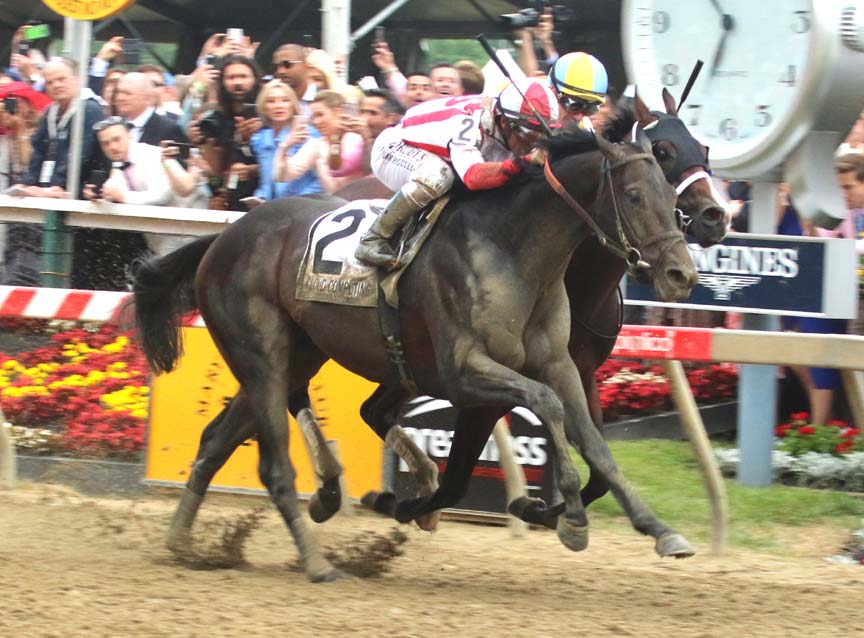 The GQ Approach features full-card selections from Pimlico for the live spring racing meet, Post Time 1:10pm EDT including a daily Best Bet, Longshot Play, and multi-race wagers — including the 20 cent Rainbow Pick-6, 50 cent Early and Late Pick-5s, as well as Pick-4s and rolling Doubles, Pick-3s and the Super High-5.

Best Bet of the Day

Longshot Play of the Day

Race 1 is ON THE TURF

Race 2 is ON THE TURF

Race 3 is the Sir Barton

Race 4 is ON THE TURF

Race 5 is the James W. Murphy ON THE TURF

Race 6 is the G3 Maryland Sprint

Race 7 is the Searching ON THE TURF

Race 9 is The Very One ON THE TURF

Race 10 is the G3 Gallorette ON THE TURF

Race 13 is the G1 Preakness