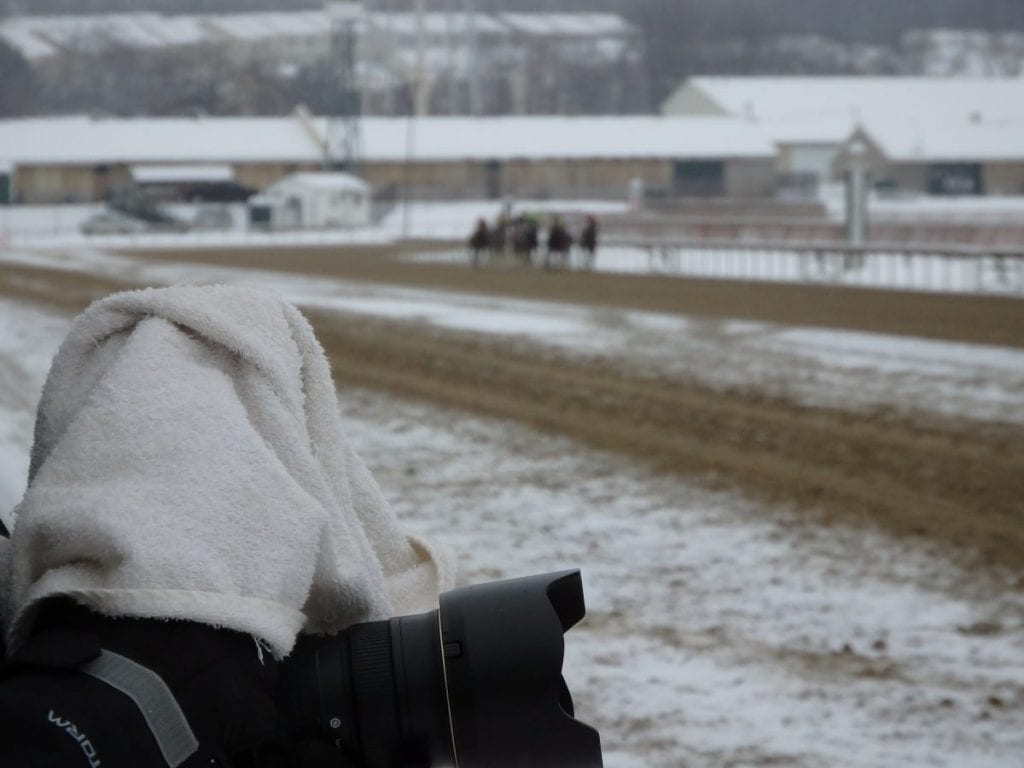 At work. Photo by The Racing Biz.

With frigid weather expected to remain camped out over central Maryland through at least then, the Maryland Jockey Club has decided to cancel racing on Saturday, January 6.

It marks the fourth consecutive day the track has been forced to cancel.

“Due to extreme weather conditions, live racing for Saturday has been cancelled at Laurel Park,” the MJC said in a group text message.

The message said that some of the races will be brought back as extras for the following Friday, January 12. It also means that the year-end mandatory payouts of carried over wagers will be pushed another day, presumably to Sunday.

The high temperature Saturday is projected to be 18 degrees, with a frosty low of just two degrees. After that, it is expected to begin warming towards normal temperatures, with the high Sunday reaching 25 degrees and Monday hitting 38.

The track had previously canceled its January 5 card, moving it in its entirety to Monday, January 8. The January 8 card, which will be contested in milder weather but with the threat of rain, features two stakes, the Dave’s Friend and the Thirty Eight Go Go, that were postponed when the track aborted live racing mid-card on December 30.