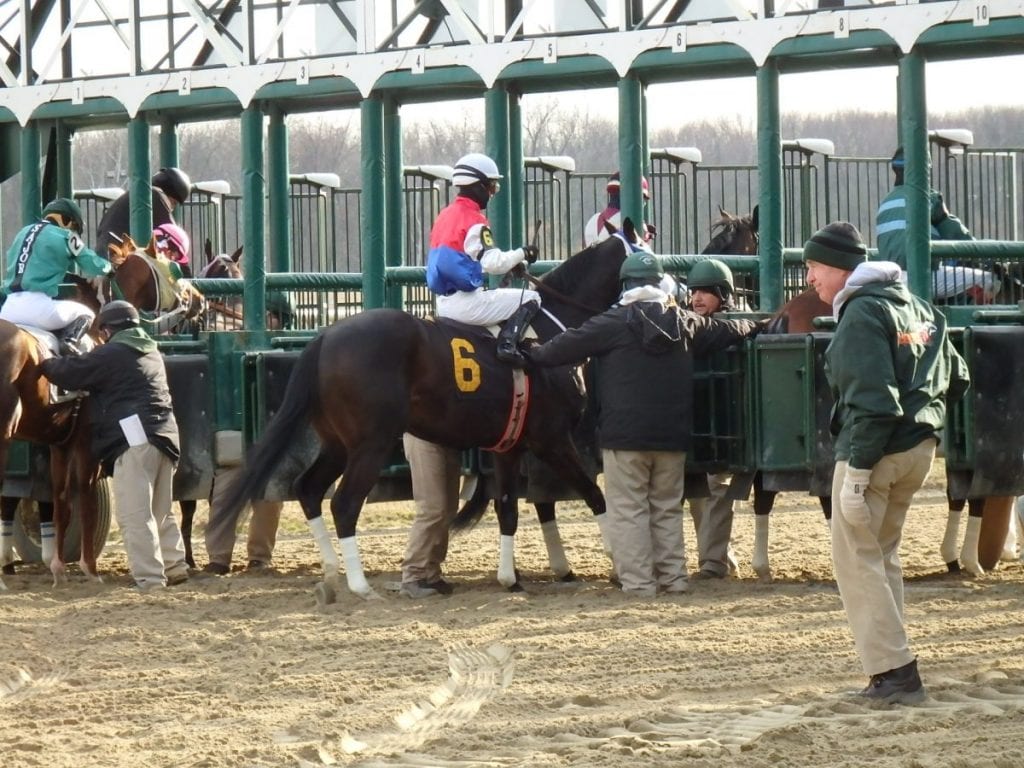 At the starting gate. Photo by The Racing Biz.

Laurel Park will not race Friday, January 5, marking the third straight racing day the track has been forced to cancel. The decision, the Maryland Jockey Club said via group text message, was “due to extreme weather conditions.”

The projected high temperature for Friday is 19 degrees, with a low of just four. The projected temperatures for Saturday — virtually identical to Friday — seem to suggest that that day is also at risk of being canceled, though the track has not yet given any indication that it will be.

With Saturday’s card already drawn, the Maryland Jockey Club will move the Friday card, in its entirety, to Monday, January 8 with a first post of 12:30 p.m. That card features a pair of stakes originally scheduled for December 30. The one-mile, $100,000 Thirty Eight Go Go Stakes for older fillies and mares has attracted a bumper field of 13, while the six-furlong Dave’s Friend, for four-year-olds and up also with a $100,000 purse, is slated to have a dozen runners face the starter.

Laurel Park also has a pair of carryovers that were to have been subject to mandatory payout requirements on the canceled December 31 card. Those will now be required to be paid out on Saturday, January 6. They include a $3,997 carryover in the Rainbow Pick 6 and an additional carry of $2,341 in the Super High Five.