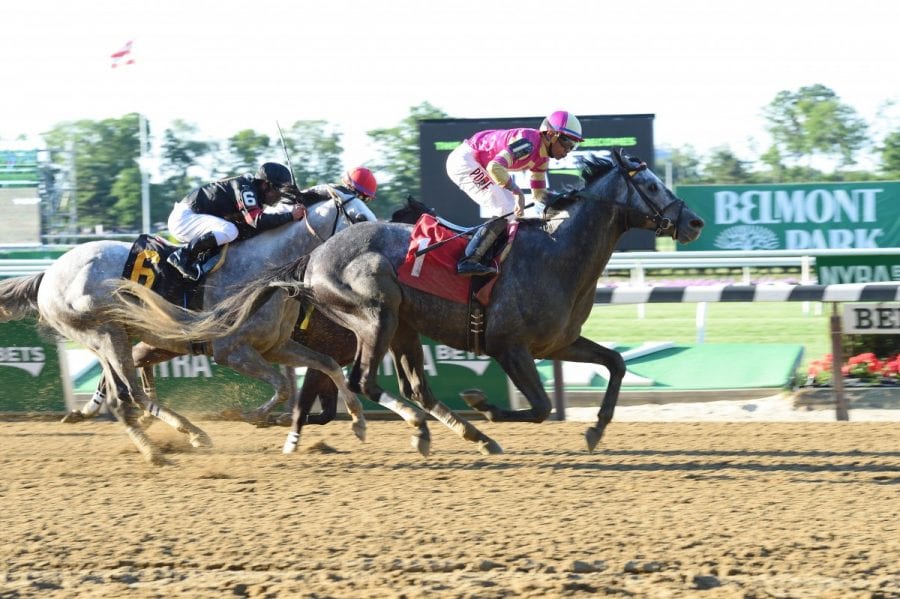 His 30-race career has taken him through two-thirds of the Triple Crown with multiple graded-stakes placings and nearly $1 million in purse earnings, but there is one thing missing from Mylute’s resume – a stakes victory.

Even Ralph Nicks, the 6-year-old’s fourth trainer, was surprised when the son of champion sprinter Midnight Lute arrived in his barn.

“I couldn’t believe it when I got him and that, wow, this horse hasn’t [won a stake], but he’s run good,” Nicks said. “He’s run against some good company his whole life and he tries every time. He’s getting a little longer in the tooth and hopefully he can catch up.”

Mylute will have another chance at his elusive first stakes victory in Saturday’s $75,000 Challedon at Laurel Park. He will break from Post 7 of 10 in the seven-furlong sprint for non-winners of a sweepstakes 3 and older that includes graded stakes-placed All Star Red, Rockinn On Bye and Warrioroftheroses.

“He’s doing well. Hopefully he can get a win. It’s amazing he’s won that much money and done what he’s done and never won a stake,” Nicks said. “It would be nice to make him a stakes winner. Hopefully he can be a stallion somewhere.”

GoldMark Farm campaigned Mylute as a 2-year-old before selling a share to Whisper Hill Farm prior to his sophomore season, where he ran fifth in the Kentucky Derby (G1) and third in the Preakness (G1) for trainer Tom Amoss. He has placed in 10 career stakes, five of them graded, most recently finishing third in the one-mile Westchester (G3) May 7 at Belmont Park in his first start for Nicks.

The Challedon will be just his third lifetime try at seven furlongs. Last Halloween he rallied late to be second in the Bold Ruler (G3) at Belmont.

“He kind of comes closing. Would I prefer a mile? Yes. I do think he’s a little more effective going one turn than two,” Nicks said. “Hopefully it’s the right competition to overcome a little of that and hopefully he hasn’t lost a little turn of foot.”

Overall, Mylute has finished in the top three in 16 of 30 starts with five wins and $933,772 in purse earnings. He owns a 1 1/16-mile optional claiming allowance win June 17 at Belmont and two thirds from four starts under Nicks.

“He’s a neat horse. He’s like having a big kid around, a big toy. You can put a 2-year-old kid in the stall with him and have an 85-year-old person lead him around,” he said. “He’s such a cool individual. Those kind, it’s hard not to love.”