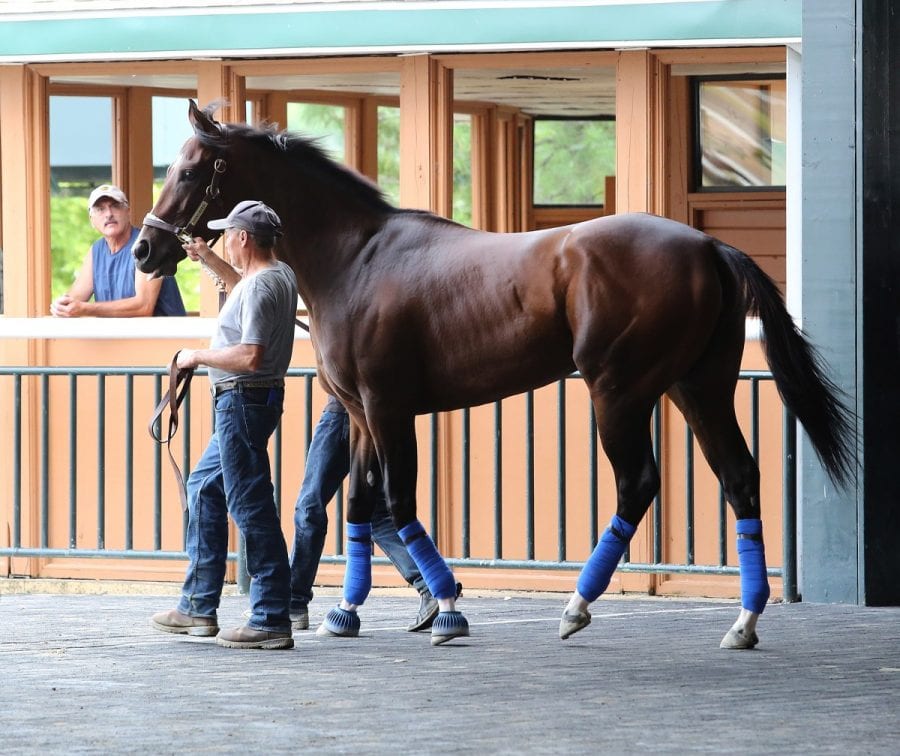 Songbird schooled in the paddock during the 6th race Tuesday in preparation for her start in Saturday’s $1,000,000 Grade I Cotillion Stakes at Parx Racing. Photo By Taylor Ejdys/EQUI-PHOTO

These days — with the infusion of money from slot machines in the Keystone State — the Cotillion boasts a purse of $1 million, making it one of the nation’s richest races for distaff runners.

The 2016 edition, scheduled as race 10 on Saturday at Parx Racing, will bring together a short — but amazingly accomplished — field of six.  The overwhelming favorite figures to be undefeated Songbird, winner of 10 straight.

Songbird, the Jerry Hollendorfer trainee who will have regular rider Mike Smith up, breezed a half-mile in 47 3/5 seconds at Santa Anita on September 18 to tune up.

“She did her very best and did it easily,” Hollendorfer told media on an NTRA conference call. “We’re very pleased with the work, and she she came out of it very well.”