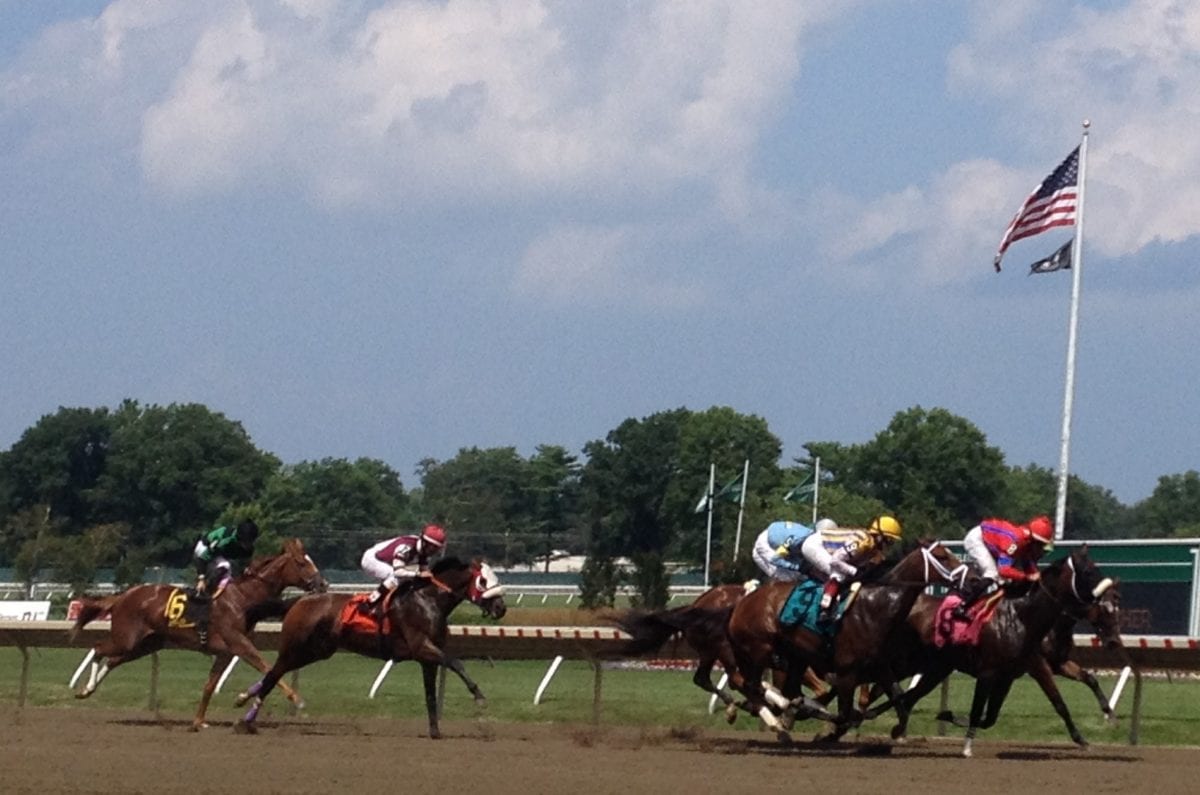 “While we respect that there are, have been and will always be differing opinions on the use of medication in racing, in particular lasix, our memberships overwhelmingly support the current system, see nothing that has changed in the past 3 years to alter their view and have been quite vocal about it to us the past several days,” the letter said.  “We want them, and you, to know that we will continue to strongly and vigorously advocate on their behalf to oppose any change in current policy and practice, absent scientific evidence to the contrary or breakthroughs that allow for the horse to otherwise be protected.”

It was also signed by Alan Foreman, chairman of the THA umbrella group.  In addition to that role, Foreman serves as counsel to at least two of the state THA groups and is vice chairman of the Racing Medication and Testing Consortium, which was instrumental in developing and promoting the “national uniform medication policy” now in the process of being widely adopted among racing states.  That program explicitly permits the use of raceday Lasix.

The letter from the horsemen’s groups comes in response to a recent proposal signed by about two dozen mostly well-known trainers supporting a ban on the use of furosemide (Lasix) on raceday.

That move reignited a debate over Lasix that had largely gone quiet in the last year or two.  An initiative to do away with raceday medication had gained traction a few years ago, with Breeders’ Cup, Ltd. announcing in 2011 its intention to run the Breeders’ Cup with no raceday medication by 2014.  But opposition from horsemen’s groups, the threat of a lawsuit, and disappointingly small fields in the Lasix-free two-year-old races in 2012 led the organization’s board of directors to reconsider its position and resume allowing the medication.

Those seeking to ban raceday Lasix, today’s  Thoroughbred Horsemen’s Associations letter suggested, are aligning themselves with those, including the Jockey Club, desirous of federal intervention in racing medication rules.

“The industry can expect to be lectured once again by the opponents of lasix, who apparently will pursue federal intervention in our sport if we do not acquiesce to their view,” the letter read.  “It is designed to revive a divisive issue that the industry has already debated at great length and settled.  It will polarize the industry, cripple the implementation of the uniform medication and drug testing program and put the industry at war with itself once again.”

At the same time, the Daily Racing Form reports (here) that Frank Stronach, whose company owns Laurel and Pimlico, as well as Gulfstream Park, Santa Anita Park, Golden Gate Fields, and Portland Meadows, is urging racetrack operators to make their own statement against Lasix by issuing house rules prohibiting its use.

“We as track operators must do everything we can to eliminate race-day medications,” Stronach’s letter said.

The move to ban Lasix comes, oddly enough, as the sport has made its greatest strides in a generation towards tougher and more uniform medication rules.  Those rules — which allow the administration of 26 therapeutic medications to horses (only one, Lasix, on raceday), prohibit all other medications, require states to use accredited testing labs, and implement a point system for trainers incurring multiple medication violations — are in the process of being adopted by at least 23 states representing more than 80 percent of national wagering handle, advocates estimate.

The THA is one of two prominent organizations representing the nation’s Thoroughbred horsemen; the other is the Horsemen’s Benevolent and Protective Association.  Though the two organizations have not always seen eye-to-eye on a variety of issues, both support current policies allowing the administration of Lasix on raceday.