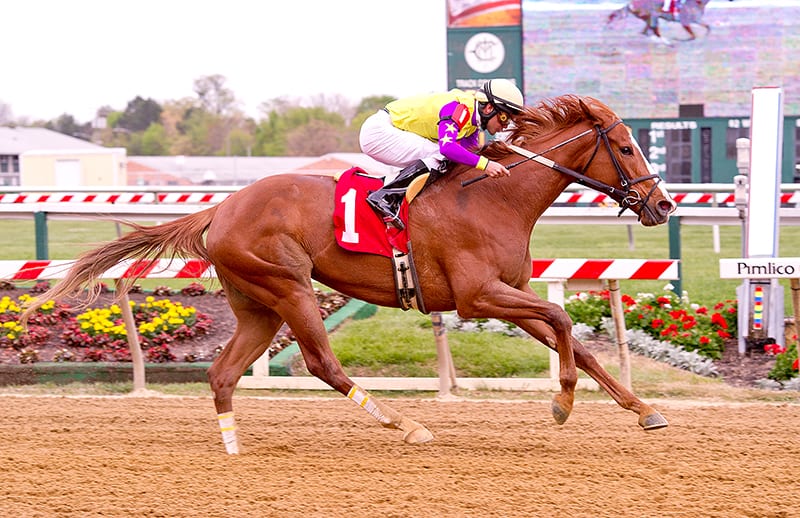 Pimlico Race Course continues to roll out its 2013 spring stakes schedule with three $75,000 races on an 11-race program on Saturday afternoon. Each race also has a $25,000 bonus for Maryland-bred runners.

The Stormy Blues Stakes (race 7) goes five furlongs on the turf and is restricted to three-year old fillies. The Primonetta (race 9) will match nine fillies and mares at six furlongs on the main track. The Henry S. Clark (race 10) puts fourteen runners in the gate for a race of one mile on the turf.

“He is coming off a big layoff,” said Ignacio Correas, who conditions Humble and Hungry, a graded stakes winner who finished second in the 2012 Dixie Stakes (G2) on the Preakness undercard. “He cracked a quarter in the Colonial Turf Cup (June 16) and we gave it time to heal. He is doing great and we are using this race as a prep for another run at the Dixie.” 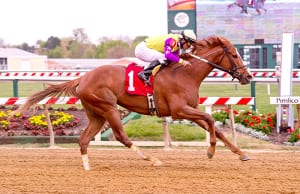 Bold Affair won the Primonetta last year with a career-best 100 Beyer Speed figure. The Howard Wolfendale trainee is an eight-time stakes winner, a winner of four-of-five at Pimlico and is two-for-two in 2013 after winning the What A Summer and Conniver Stakes at Laurel Park. Abel Castellano has the mount on the daughter of Two Punch, who is the even money favorite on Frank Carulli’s morning line.

“I have been very happy with her. There has been no drop off from last year,” said Castellano, who will be aboard the mare for the 12th consecutive start. “She broke her maiden here and just loves Pimlico. She gives me her best every time out and I expect nothing else Saturday.”

Multiple stakes winners Winning Image (4-1) and Dance to Bristol (6-1) are among candidates hoping to deny Bold Affair her 12th victory in 19 starts.

Nine are entered in the Stormy Blues, including Jewel of the Cat (5-2), who has two wins and two seconds in four starts for Benny Perkins, including a runner-up finish at Laurel last year in the Selima Stakes. The daughter of Wildcat Heir makes her 2013 debut under Chris DeCarlo.

“She has had a couple nice works since we brought her back after a month off,” Perkins said. “She is a pretty good filly. We had a turf career in mind for her when we bought her. She looks a lot like her father-same color, same star on the head and the sprinter body type. I wouldn’t mind getting her back on the dirt at some point this year, but for right now we’ll keep her sprinting on the turf.”

One to watch is Girl of The Rain (3-1), who makes her first start for Team Valor after winning four-of-seven on the turf in Italy last year.